Iowa politicians and the NASA administrator toured Van Allen Hall after the University of Iowa was awarded the largest research grant in its history, which will study magnetic fields. 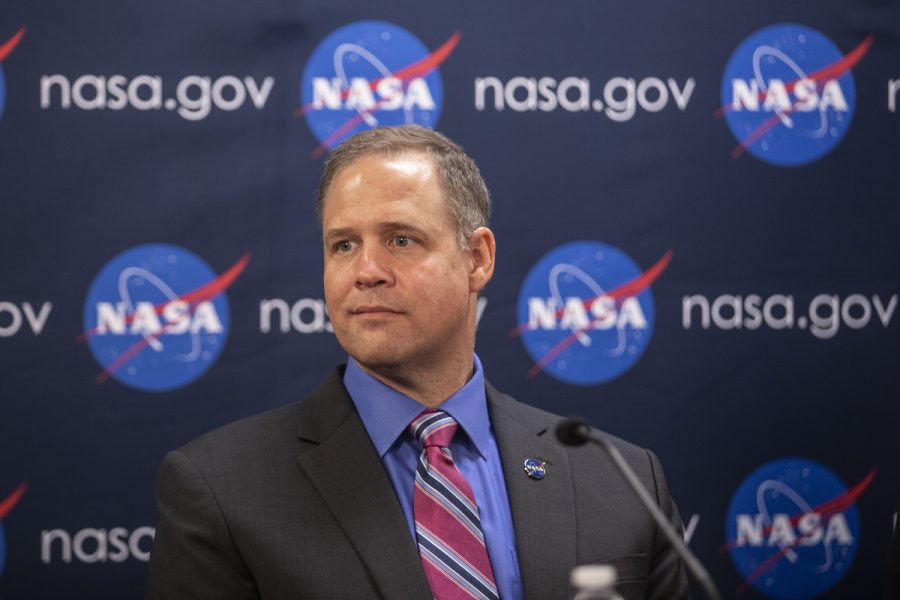 NASA Administrator Jim Bridenstine partakes in a press conference during his visit to the University of Iowa on Aug. 30, 2019. The UI recently received a $115 million grant to launch the TRACERS mission, which will collect data on the interaction of the earth and sun’s magnetic fields.

NASA administrator Jim Bridenstine visited the University of Iowa Friday, where he emphasized space research happening at the UI has down-to-Earth applications, such as how GPS signal and cell phone service networks function.

The UI received a recent $115 million research grant, the largest external research award ever given at the UI, to study interactions between the Earth’s and the sun’s magnetic fields. Bridenstine said the research from the mission, called TRACERS, could help protect network systems such as GPS from solar flares.

“We think about how important space is to our lives everyday — we talk about the way we communicate, DirectTV, internet broadband from space, we talk about GPS signal,” he said. “… Space touches all of our lives in so many ways that people don’t realize.”

And NASA, he said, wants to soon put people on the moon permanently and put boots on Mars.

“We are going to go to the moon with humans to stay for long periods of time, and we’re going to live and work on a different world and we’re going to take what we learn on the moon on to Mars,” he said. The U.S. House of Representatives passed a $22.4 billion NASA budget for 2020, but the U.S. Senate has yet to take action on it. 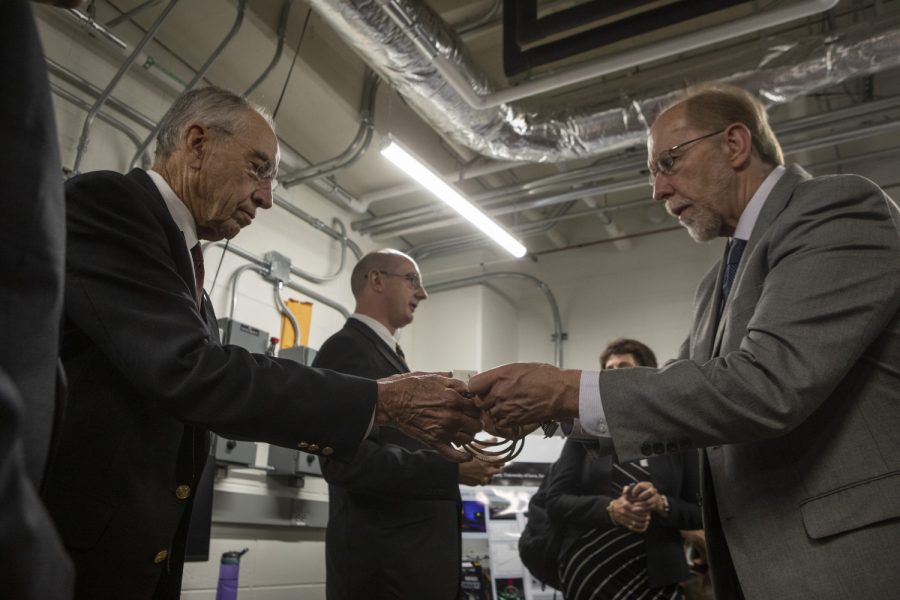 Ryan AdamsRep. Dave Loebsack passes Sen. Chuck Grassley a tool used for space exploration during a visit to the University of Iowa by NASA Administrator Jim Bridenstine on August 30, 2019. The University of Iowa recently received a $115 million grant to launch the TRACERS mission, which will collect data on the interaction of the earth and sun’s magnetic fields.

The room, though the size of a classroom, houses over a million dollars worth of equipment, including a thermal-vacuum chamber designed to test UI-built equipment in conditions that mimic space and a furnace that can heat up to more than 2,900 degrees Fahrenheit used to manufacture a part of an instrument used for measuring low-frequency magnetic fields.

The thermal-vacuum chamber is the only one of its kind in Iowa, and only one of two in Big Ten schools. Before the UI purchased its own, officials had to go to one of the coasts to do similar testing.

The room also housed a number of pieces of equipment that either will be used on future NASA missions or are spares for current space crafts in orbit.

Assistant Professor David Miles of physics and astronomy handed Loebsack a palm-sized beige box called a magnetometer, a spare to a spacecraft currently outside the Earth’s atmosphere, telling him with a smile, “There’s no spare, so please don’t drop it.”

At a press conference after the tour, Loebsack said there was an attack on funding for space exploration, emphasizing that he believed funding for out-of-this world research should be bipartisan. He also noted that both he, a Democrat, and Grassley, a Republican, were in support of the research. 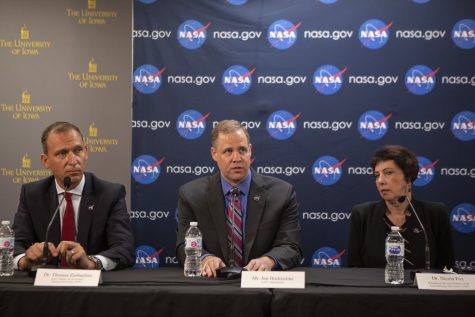 Ryan AdamsNASA Administrator Jim Bridenstine speaks during a press conference at the University of Iowa on August 30, 2019. The University of Iowa recently received a $115 million grant to launch the TRACERS mission, which will collect data on the interaction of the earth and sun’s magnetic fields.

“These programs are under assault in Washington D.C.,” Loebsack said, referring to all science-related programs under the federal government. “And it’s our job to make sure we can continue to fund them because there is a payoff, and that payoff isn’t just monetary, it’s also when it comes to the entire humanity… We have to think long term, which isn’t something politicians are always inclined to do.”

When asked by a reporter if Bridenstine agreed with Loebsack’s statement that programs are under assault, he avoided directly answering the question, but emphasized that he wanted to maintain bipartisan support of NASA.

“Certainly there are a lot of different priorities in Washington. Some people want to see bigger numbers on other things and vice versa,” Bridenstine said. “But I will tell you, again, my goal is to maintain NASA as bipartisan and apolitical, and right now we have that.”