FilmScene will celebrate the opening of their second location Sept. 20, with a large variety of films. 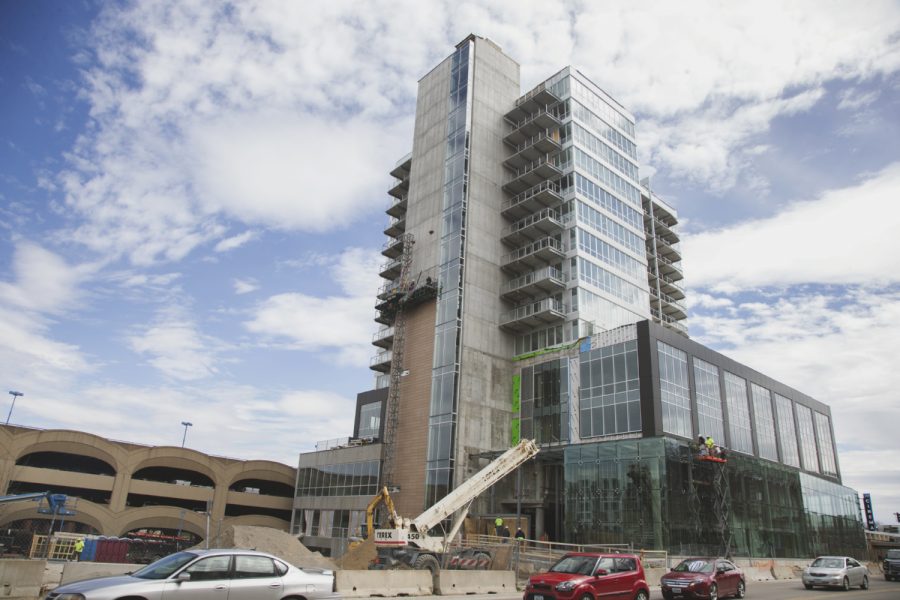 FilmScene, Iowa City’s downtown theater, has announced an opening date of Sept. 20, as well as new programming and plans for the future of the art house.

The theater will celebrate its opening in the newly constructed Chauncey tower by screening three cinema classics: Field of Dreams, Cinema Paradiso, and creature-feature The Blob.

In addition to the classics, FilmScene will also screen the new Downton Abbey film, encouraging filmgoers to dress up for it accordingly.

Bijou Film Board, the University of Iowa student organization and partner to FilmScene, will also celebrate moving its programing to the new location with a special welcome event during the afternoon of Sept. 21, followed by a screening that night of the Taiwanese adult film Wayward Cloud.

Emma Gray, the marketing director for Bijou, said that the selection of this movie followed the success of its showing of the film Bat Pussy on Valentine’s Day.

Gray said, this year, Bijou will focus on shying away from mainstream films and go back to what they have screened in the past in their free film offerings for students.

For FilmScene co-founder Andrew Sherburne the opening of the Chauncey building is a culmination of hard work from the organization.

“It’s been a long run. To see it so close to reality is really exciting,” he said. “It truly is like a dream.”

Opening the theater in the Chauncy was the initial plan for FilmScene, but the process of getting approval, as well as the construction, took time. In the meantime, FilmScene found its first home in the Ped Mall, retrofitting a building that used to be a bar into a one-screen, then two-screen, theater.

Leading up to the opening of the new theater, FilmScene has partnered with the Englert Theater in a fundraising campaign, “Strengthen, Grow, Evolve,” that has raised $4 million of its $6.5 million goal.

Now that the new location is nearly ready, Sherburne and Fons said there are lots of new programming and opportunities for screening ready to launch, including an event honoring an unnamed filmmaker in early November, a silent film event with live music, and marathon movies, including one 14-hour movie to be screened in November.

With such excitement around the new location, Sherburne and Fons emphasized that the original Ped Mall location will be just as active in the new events.

“The less screens you have, the more limitations you have in programing. And with more screens, we’re really going to be getting our sea legs to figure out what that will look like,” Fons said.

“I think this place is going to turn into this boutique, special event place. It’s the hideaway of the Ped Mall,” Ives said. “You can get away from the parties at 11, or you can come in and study, or go up on the rooftop.”