Almost five months since the death of Iowa City resident JoEllen Browning, ICPD says the DCI has no new leads to share at this time. 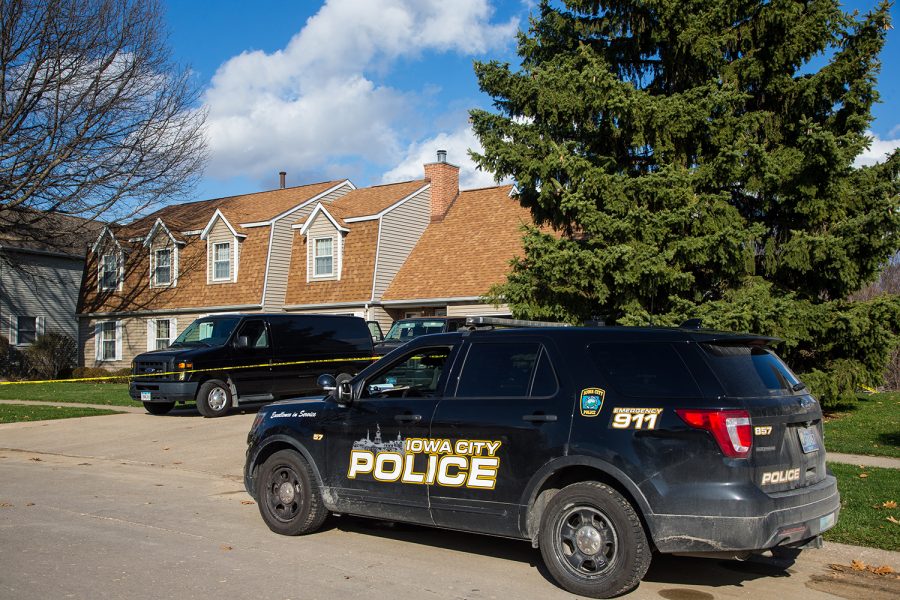 Police investigators respond to a scene of a suspicious death on Friday, April 7, 2019, at 114 Green Mountain Drive in Iowa City, Iowa.

Nearly five months after the homicide of University of Iowa Health Care budget executive JoEllen Browning, there are no new updates in the investigation of her homicide, Iowa City public-information officer Sgt. Derek Frank said.

Browning, 65, was discovered in her home when Iowa City police responded to a welfare check there on April 5. Her death was determined early on to be the result of homicide, Frank said.

He said the Iowa Division of Criminal Investigation has since taken over on the case, but has not released any new leads to the public.

“We called in the DCI because our investigation division was swamped,” Frank said. “We’ve been trying to assist them. It hasn’t been put on the back burner; they are still actively investigating it.”

Frank emphasized that all police cases, particularly those involving murder, are unique. In some investigations, the evidence provides a lot of viable information on a suspect and leads to a quick arrest, he said, while others such as Browning’s case require more processing.

“There isn’t such a thing as a typical homicide investigation,” Frank said.

With more evidence to collect and process than some cases, Frank said the investigation of Browning’s death has required Iowa City police to work closely with the County Attorney’s office, the Division of Criminal Investigation, and others to identify who is responsible.

Contrary to public belief that the case trail has gone cold, Frank said, the investigation to locate Browning’s murder suspect is ongoing and has not been suspended. Nevertheless, he said he understands why the public would want to know more.

“We’re just being very careful so we don’t jeopardize the integrity of the investigation,” Frank said. “We’re not sharing anything that doesn’t need to be shared.”