"It is a shame the leaders of the United Methodist Church repeatedly choose to inflict harm against Rev. Blaedel and their ministry," the board wrote to denounce the church trial of Rev. Anna Blaedel for their sexual orientation. 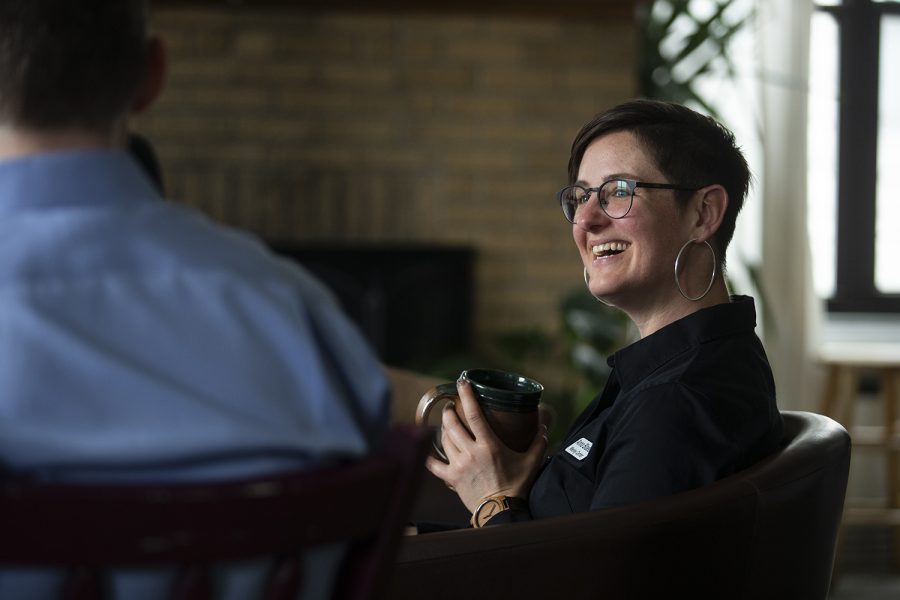 The University of Iowa Wesley Center Board of Directors defended the organization’s recently resigned director in a statement released Aug. 24 after the United Methodist Church’s Iowa Committee on Investigation decided that the Rev. Anna Blaedel will face a sexual-orientation church trial.

“Rev. Blaedel has embodied the mission of the University of Iowa Wesley Center as a campus minister for the past five years, inviting and partnering with students to seek justice, to encounter community, and to linger in Divine truths,” the board of directors wrote on Facebook. “It is a shame the leaders of the United Methodist Church repeatedly choose to inflict harm against Rev. Blaedel and their ministry.”

John Lomperis, a lay member of the Indiana Conference and the United Methodist action director for the Institute on Religion & Democracy, filed a complaint after Blaedel announced at the 2016 Iowa Conference that they are a “self-avowed practicing homosexual.”

The Rev. Bob Ward, counsel for the church, referred the complaint to the investigation committee May 20. Blaedel has been charged under the Methodist Book of Discipline, which states it is against the church’s teachings to be a clergyperson who is “a self-avowed practicing homosexual.”

Blaedel resigned as center director, effective in July, and transitioned into a role as the coordinator for the center’s Tuesday Table program.

The Conference on Investigation referred the minister to trial earlier this month. According to a Reconciling Ministries Network statement, this is the third complaint brought against Blaedel in three years.

The Board of Directors wrote that Iowa Area Resident Bishop Laurie Haller should end the proceedings immediately. The statement said the board voted unanimously in July to sign a proclamation created by Our Movement Forward, an organization “centering people of color, queer, and transgender voices.”

The proclamation created a new vision for the church, calling upon the church to affirm the identities of United Methodist Christians, whether they are people of color, queer, or transgender.

“This is the vision that will ensure Rev. Blaedel and the LGBTQ+ community will be treated with the love all people deserve,” the statement said.

Blaedel said in the Reconciling Ministries Network statement that they were deeply saddened by the news, and they had hoped this could become an opportunity to move in a positive direction together.

“Investing and wasting precious resources on a trial is cause for lament. So, too, the relationships broken through this avoidable and preventable harm,” the statement said. “We will only become a more just and loving church and world when we confess our complicity in evil, resist and divest from participation in it, and commit to doing it differently.”

As The Daily Iowan previously reported, the center’s church funding is at risk after the United Methodist Church general conference’s February decision to implement the “traditionalist plan,” which reinforces the church’s stance against homosexuality and upheld action against LGBTQ clergy such as Blaedel.

The United Methodist Church’s complaint system handles a variety of offenses by clergy, ranging from child abuse to not abiding to celibacy while single. A bishop investigates allegations against the accused clergy and decides its validity. Complaints the bishop upholds could result in clergy losing ordained status, which is the risk Blaedel faces depending on the outcome of the church trial.