Buttigieg: U.S. problems motivated Americans to ‘vote to burn the house down’

2020 presidential-nomination candidate Pete Buttigieg pitched his presidency as the opposite of Trump's at the Iowa State Fair. 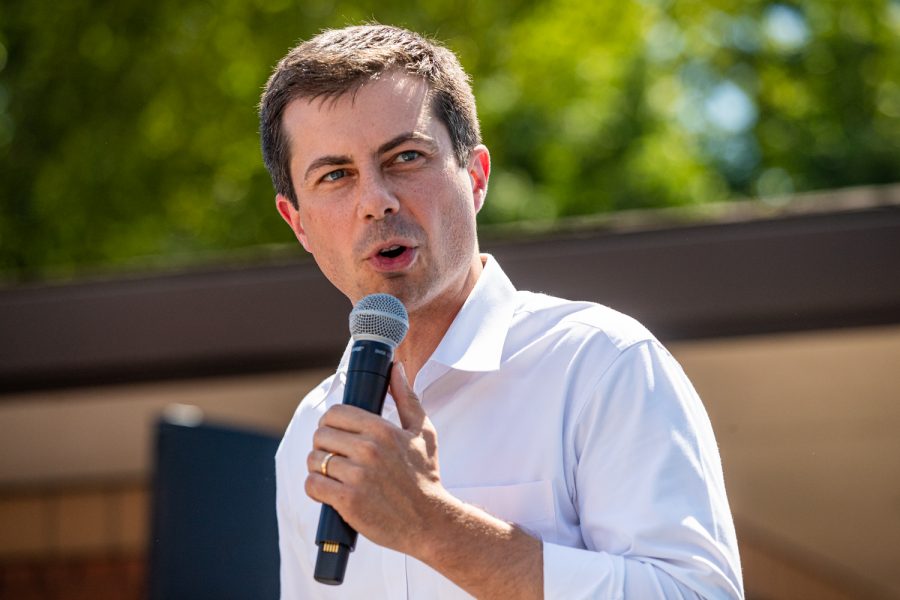 “I’m here to argue this president wouldn’t be here if we didn’t have even bigger problems that motivated a lot of our friends — especially here in the Midwest — to go in and vote to burn the house down,” he said to hundreds during his Des Moines Register Political Soapbox appearance. “And now, the house is on fire, and the real question is what’s next? What are we going to do to get this country on the right track before it’s too late?”

The 2020 Democratic presidential-nomination candidate said it’s not all about President Trump on the campaign trail nor in the White House, pitching a Buttigieg presidency as the antithesis to Trump’s tenure in office.

“We’ve got to build a future that’s better than the past,” Buttigieg said. “I would say the best way to do that is to begin with leadership that is the opposite of what we’ve got right now — and that’s where I come in.”

Buttigieg unveiled a plan this week aimed at strengthening rural America. His proposal calls for expanding access to high-speed internet, encouraging immigrants to contribute to the workforce of areas with declining populations, and leaning on farmers to fight climate change.

But on the Soapbox, he spoke less of his plans for the Heartland and laid out his vision for the country as a whole.

Among the issues at the front of his mind were combatting what he described as “violent extremism” and delivering gun-safety reform. Conversations surrounding gun violence in the U.S. have returned to the national spotlight after the shootings on Aug. 3 in El Paso, Texas and Aug. 4 in Dayton, Ohio that killed more than 30 people.

He said common-sense gun reform is “what just about every American wants but Washington can’t deliver.”

“That tells you something is broken at the very foundation of our political system, and that’s why we’ve got to fix democracy before it’s too late,” he said.

Lori Myers, of Des Moines, said she thinks Buttigieg is similar to former President Obama in that he is both personable and intelligent. Myers said Iowa may serve as momentum for Buttigieg’s campaign in the way that it did for Obama more than a decade ago.

“He has a soul and he’s a good person,” she said of Buttigieg. “He goes around doing good things.”

With the media trailing him, Buttigieg greets fairgoers and introduces himself as Pete, running for president. pic.twitter.com/juXPQl5WSA

Scott Fornwall, of Sioux Falls, South Dakota, said he is undecided but committed to voting for the Democratic nominee, and Buttigieg is one of the candidates who may have his vote.

Fornwall said Buttigieg is someone who will improve the standing of the U.S. in the world and let other countries know “that we’re not crazy anymore.”