With the recent shootings in El Paso and in Dayton last weekend, organizations, spectators, and reporters are pressing presidential hopefuls on their stances. 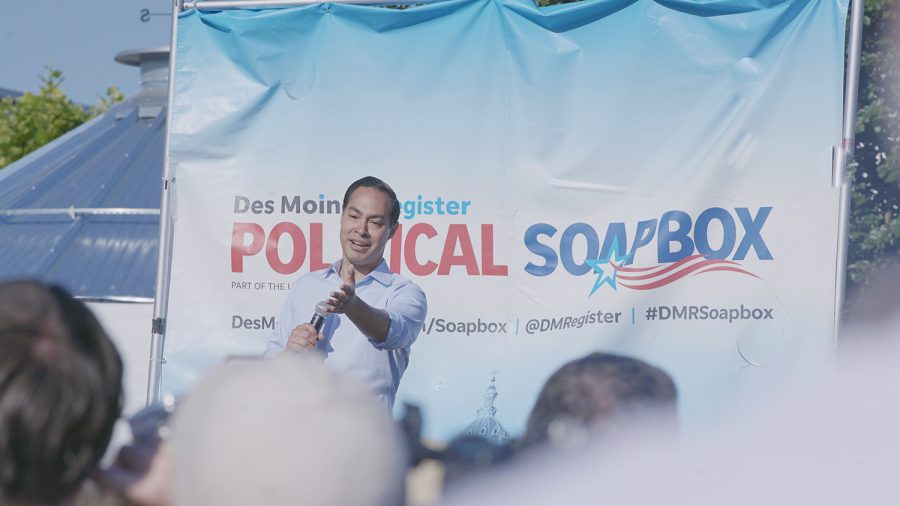 As Julián Castro was about to end his speech on the morning of Aug. 9, a crowd member asked him why he wasn’t in El Paso like fellow Texan Beto O’Rourke after a mass shooting Aug. 3 left 22 people dead and many wounded. O’Rourke, who calls El Paso home, canceled his trip to the Iowa State Fair to be with the people of El Paso.

Castro said that although his campaign considered spending time in Texas this week, he and the staff decided against going because El Paso wasn’t Castro’s home, and he thought the people there needed to grieve and receive support, as opposed to more politicians such as him stopping by for photo ops.

With the recent shootings in El Paso Aug. 3 and in Dayton Aug. 4, less than a week before candidates took tours of the Hawkeye State, Iowans pressed presidential hopefuls on their gun-control stances.

O’Rourke’s Iowa campaign invited other presidential hopefuls to join them in a vigil for the El Paso victims before a Democrat fundraiser in Clear Lake, Iowa, which most candidates left the State Fair for on the afternoon of Aug. 9.

Also in Iowa, Aug. 10, 18 candidates are slated to speak at a hastily scheduled gun forum in Des Moines organized by Moms Demand Action and Students Demand Action, two groups that protest gun violence, in response to the El Paso and Dayton shootings.

Castro also responded to the Iowa fair-goer’s question with calls for additional regulations on guns, including background checks, to cheers from the crowd.

Evan Smith, 17, of Des Moines said gun control would be a topic that he’d like to hear more about from candidates.

“I feel like young people would like to hear more about [gun control] since we’re still in school,” he said.

His friend, Liz Garr, however, said she felt the issue was too divisive for candidates to broach.

An organization called Moms Demand Action has been listening to the politicians speak. Meganne Masko came bearing the group’s shirt to advocate for issues that would “make children safe,” including gun reform, accessible education, and health and mental-health care.

On Aug. 9, former Maryland Rep. John Delaney also called for changes to gun regulations. He gave Moms Demand Action a shout-out when he saw some of the members in the crowd.

“I love that not only are we getting that reaction, but [candidates] are expecting to see us now,” Masko said.

Author Marianne Williamson called for a ban on assault-style weapons, and she also said America should deal with the causes of gun violence.

Vice President Joe Biden, who visited the fair on Aug. 8, told reporters after his speech that he thought he could get gun measures passed through Congress. He said he supported changing background checks and closing gun-owning loopholes, and he emphasized especially limiting the number of bullets in a magazine.

“It violates no one’s Second Amendment rights to say you can’t own certain weapons,” Biden said.