The removal of parking spaces to make way for bike lanes in a downtown neighborhood is on the table this week. But, many students won’t be around to have their voices heard. 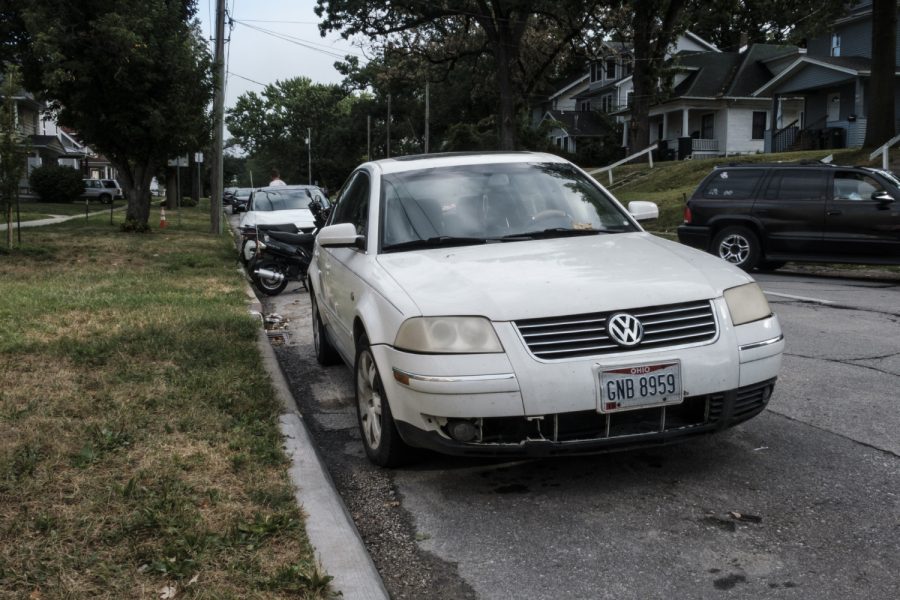 While many students are away during university holidays, the public is invited to discuss the removal of parking spaces to make way for bike lanes in a primarily student neighborhood.

Iowa City will hold a public open house on Aug. 7 from 6 to 7:30 p.m. at City Hall regarding the removal of approximately 80 on-street parking spaces on Dodge and Governor Streets between Burlington and Bowery Streets to make way for buffered bike lanes.

“It’s always a concern with moving parking, and that’s why we’re having this meeting to discuss it and see what the general feel is about making this change,” said Iowa City senior engineer Jason Reichart.

The discussion concerns a student-dominated neighborhood, however, and the meeting falls between summer and fall terms at the University of Iowa, when many students are out of town.

The project is a part of Iowa City’s Bicycle Master Plan — a vision to improve bike friendliness in the city through such changes as adding bike lanes.

“While I can appreciate the effort to get more bikes on the streets, I think the project … adds to the systematic issue of lack of parking available in Iowa City, especially during the school year,” said Myles Young, a recent UI graduate and former renter on an affected block of Dodge Street.

Young was concerned about limited parking leading to higher rates by landlords, who can charge tenants additional fees for off-street parking.

“Students in town are already having to deal with a yearly increase in tuition costs,” Young said. “And it seems unfair of the city to expect students with cars, who often have little to no income, to shoulder the financial consequences of the installation of bike lanes.”

Buffered bike lanes provide a few feet of space between vehicle traffic and bicycle traffic to increase safety for cyclists.

“The lanes would make it much safer to bike through main north-south arterials in the city and work toward offering transportation alternatives besides cars that are safer, more sustainable, and use up much less space in the urban environment,” Wu said.

Though the Aug. 7 meeting is open to all including the student renters in the neighborhood, Reichart said his focus is more on the long-term owners and renters living on the blocks.

“If a person were to rent a unit on Dodge Street this year, they may not rent it next year, so we’re looking for owners or long-term renters who may rely on this,” he said. “I’m not saying the student voices aren’t important, but if there’s typically high turnover in that area … there may be a tenant that problem only applies for one year. We’re focused on the owners that live there; the long-term renters.”

Reichart said if people care to make their voices heard regarding the project, they should contact him via email or phone at [email protected] or by phone at 319-356-5416.