Both the officer and the suspect have been transported to a local hospital and are in stable condition, authorities said. 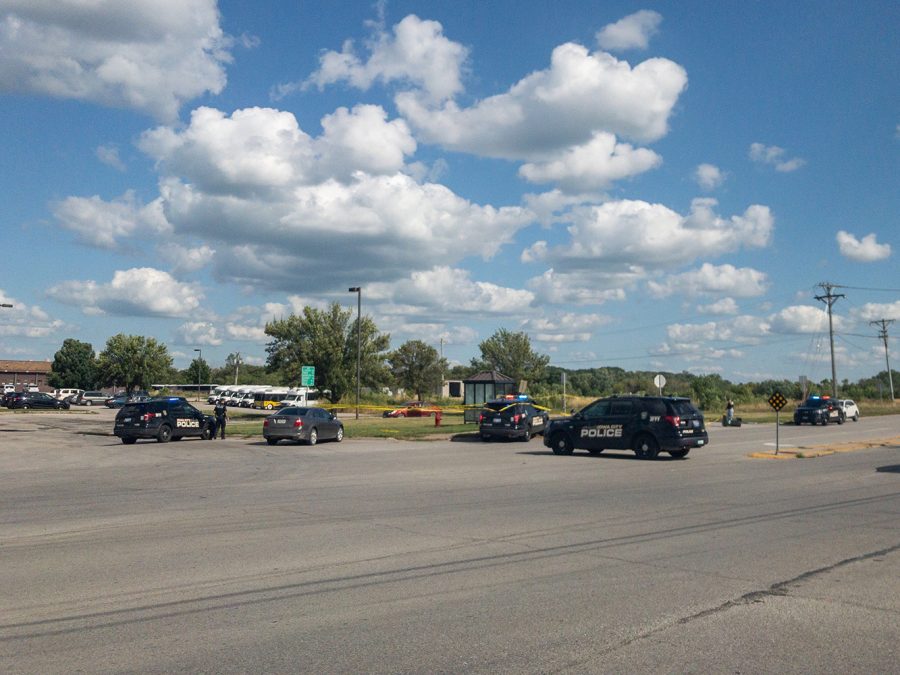 Iowa City police respond to the scene where an officer-involved shooting reportedly occurred near 11 Highway West on July 29, 2019.

An Iowa City police officer and a person suspected of shoplifting were both injured in a reported officer-involved shooting incident that occurred on the afternoon of July 29 , according to a city news release.

Iowa City police responded to a shoplifting complaint from a business at 11 Highway 1 W. at approximately 3:29 p.m., according to the release.

Authorities located an unnamed suspect in a nearby area. Police cordoned off the scene, which included a bus stop with shattered windows and a white car.

An unidentified officer was shot numerous times during the investigation with a BB gun, receiving injuries to the face. The officer also fired his weapon, striking the suspect.

The officer and suspect are both in stable condition at a local hospital. The extent of their injuries is unclear.

The Iowa Division of Criminal Investigation is investigating the incident. The police report that no further information will be released until the officer involved in the incident has been interviewed.