With the legalization of sports betting, Iowa has spent time informing its student-athletes on how the law affects them. 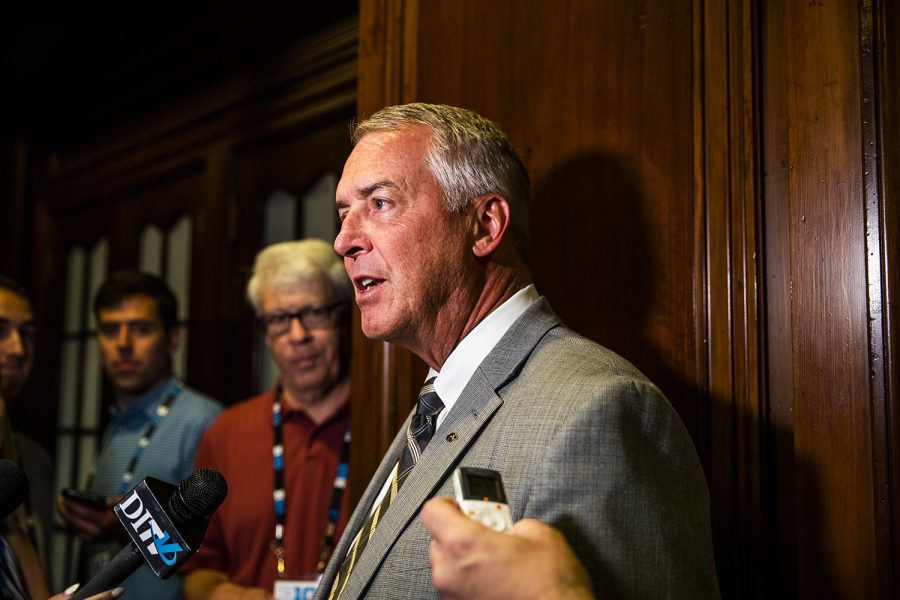 This season will be different for Iowa football, not only because of the new personnel on the field but because of the legalization of sports betting off it.

At the same time, though, they could potentially cause someone to lose money, also unintentionally.

A lot of things have changed regarding sports betting with the new law, which means the Iowa Athletics Department is focused on one specific task: education.

“Pun intended, we’re doubling down on education,” Iowa Athletics Director Gary Barta said. “We have to make sure that our student-athletes are reminded at ways that gambling can intervene in your life.”

The NCAA has already educated student-athletes about sports wagering in the past with its campaign called “Don’t Bet On It.”

According to the NCAA’s official website, the organization “opposes all forms of legal and illegal sports wagering, which has the potential to undermine the integrity of sports contests and jeopardizes the welfare of student-athletes and the intercollegiate athletics community.”

The enforcement campaign made its way into the mainstream with the NCAA plastering it on March Madness posters.

Similar education is taking place on the gridiron.

“You might have somebody in your dorm who you feel like is a friend, and they’re asking you questions about, ‘How’s so and so doing?’ ” Barta said. “Sometimes, that person might be asking because they’ve been paid as a runner, so we’re educating our student-athletes.”

It also extends to people who don’t participate on the field.

“We have a lot of students who work in our department,” Barta said. “We’re making sure that those students understand their responsibility and educating them and then finally our coaches and our staff.”

Although it was only recently legalized, sports betting has been around much longer. Illegal bettors have placed wagers on games every Saturday for decades.

The approval of the bill could add more bettors to the scene, though. It has now been taken to a new level.

“The reality is I try to control what we can control,” Barta said. “The approval of sports wagering is it’s been approved. We’re going to do everything we can to educate and make sure that we don’t end up in a difficult situation to the best of our ability.”