Researchers at the UI and Iowa Geological Survey developed an interactive database that displays approximately 100,000 private wells across Iowa to inform well-drillers and property managers about geology and water contaminants. 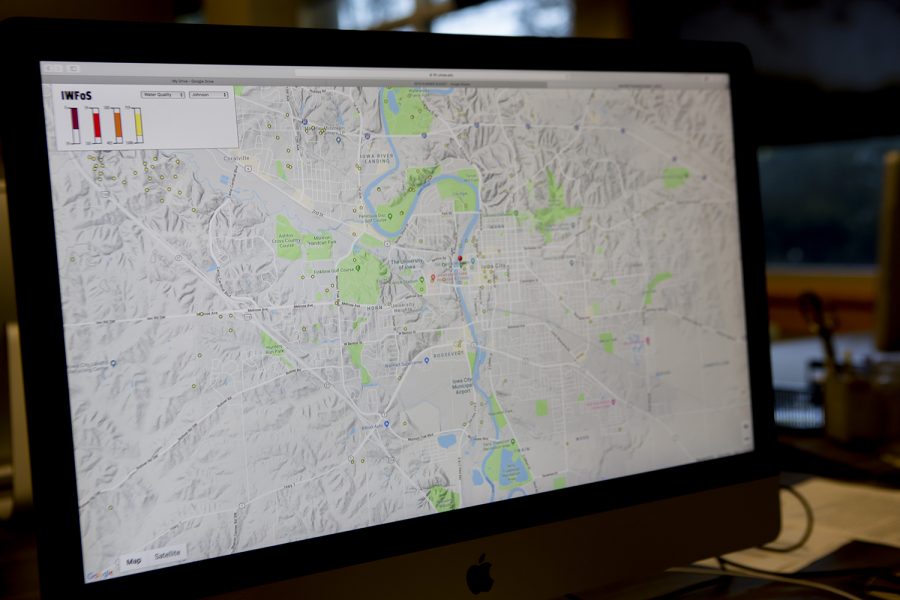 The Iowa Well Forecasting System, an interactive database of private wells across Iowa, informs property owners and well-drillers about the geology and water contaminants in a state in which agricultural runoff greatly affects Iowa’s waterways.

This interactive database was created in a partnership between the University of Iowa Hydroinformatics Lab, the Center for Health Effects and Environmental Contamination, and the Iowa Geological Survey. The database displays a map of Iowa and pinpoints thousands of private wells. Along with that, the database shows what nutrient levels are in a given well.

“Our system connects 100,000 wells and analyzes all the combinations in the well in the area you selected, and that will give you an estimate of the geology of the aquifer levels and depth of the aquifer,” said Ibrahim Demir, a UI assistant professor of civil/environmental engineering and a researcher at the environmental-contamination center. “It will do that in seconds by analyzing millions of combinations.”

Before the database, if people wanted to drill a well, they likely contacted the IGS and asked the agency to do calculations about where to drill and how deep to get to a certain aquifer.

David Cwiertny, UI professor and research engineer at the Hydroinformatics Lab, said the IGS approached him and the center looking for a way to make the information more accessible. It would take the IGS days to come up with those kinds of calculations for well-drillers, he noted.

“[The project] seemed like a great opportunity, because if we have all this data, we should be able to use that data to inform,” Cwiertny said.

Approximately 60 percent of Iowans use groundwater. This includes the roughly 300,000 Iowans who use private wells as their primary water source, according to the center. In an April study from the Iowa Environmental Council, unsafe levels of nitrate, coliform bacteria, and fecal coliform bacteria were found in thousands of wells, most notably in rural areas.

That can be attributed to agriculture runoff into Iowa’s waterways, which also affects groundwater. The Environmental Protection Agency recommends water supplies to have a nitrate limit of 10mg/L; however, some water in Iowa exceeds that limit.

Russell Tell, a private-well coordinator at the Iowa Department of Natural Resources, said he’s aware of the many private wells that are at risk in the state, and those wells can have a negative effect on other private wells on surrounding properties.

“Risk can happen in any part of the state,” Tell said. “I think largely it will be due to land-use activities in the area, but it is not limited to that.”

Cwiertny said there were concerns voiced early about the map affecting property values, because it allows a user to locate a specific homeowner and look at what the water quality is on that property and the property around it. But, he said, that information is already given to real-estate agents.

“It shouldn’t cause [homeowners] to immediately lose faith in their water supply, but it should hopefully motivate them to want to get the well tested and know that, OK, we’ve had a history in this area of, say, nitrate problems, so I can take advantage of the Grant County programs where a lot of this data comes from,” Cwiertny said.

Iowa offers some homeowners a subsidized testing program, but there is no state law that requires private wells to be tested yearly. The programs are available in 98 of the 99 Iowa counties, and the tests cost around $20-$25 out-of-pocket, according to the UI State Hygienic Laboratory.

Tell said there are a lot of older wells in the state that property managers should consider abandoning.

“Essentially, it’s the well owners’ responsibility to identify the needs and to conform to protect the well,” Tell said. “[The DNR is] here as a technical resource to decide what needs to be done.”