Presidential campaign fellows and interns are establishing a presence at the local organizing level. 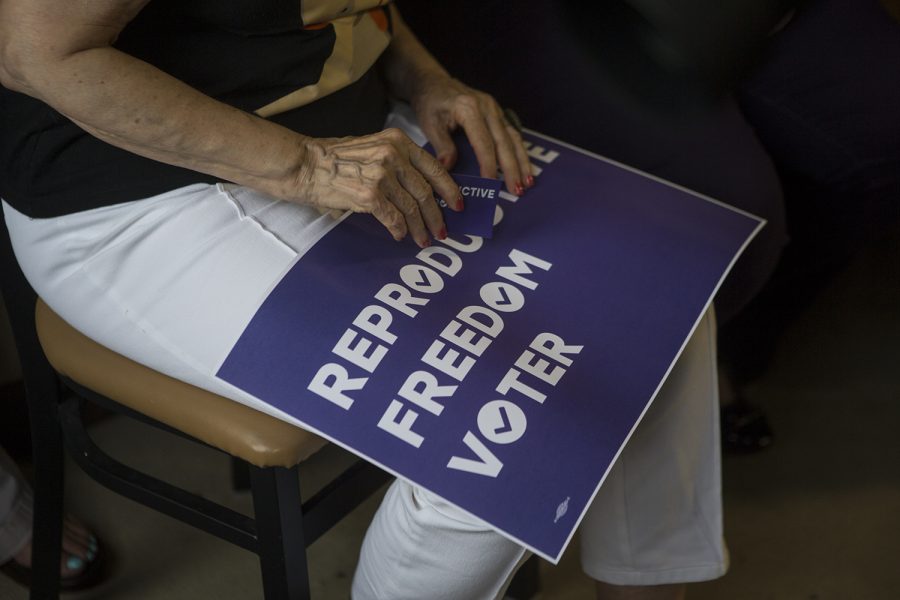 Young political fellows and interns, both paid and unpaid, are having an effect on many Democratic presidential campaigns at the local level throughout the summer.

Recent University of Iowa graduate Benjamin Nelson and UI junior Megan Bryan are two of many college-age people working for political campaigns over the summer. Both belong to the Kamala Harris campaign, where, they said, they have worked since June.

The two have primarily laid groundwork and made connections with voters and local Democratic Party officials across Iowa during the summer months before the campaign season picks up even more speed, Nelson said.

Bryan said that so far, they have primarily worked in the greater Iowa City area.

“Now that we have expanded our team in this region a bit more and we have people really spread out across southeast Iowa, I think we’ll be focusing more on Iowa City,” Bryan said.

“It is still 200 or so days out from the caucus,” Bryan said. “We’ve got a lot of time to not only increase our presence in Iowa but increase people’s engagement with the campaign, and I know that’s a big goal for us.”

One issue of interest to interns is their level of pay. Some candidates offer paid student fellowships or internships for young activists, including Sen. Bernie Sanders, former Secretary of Housing and Urban Development Julián Castro, Sen. Elizabeth Warren, Sen. Cory Booker, among others. The campaigns all pay at least $15 an hour, which falls in line with their plans to raise the minimum wage. Others have not yet hired interns or fellows or have unpaid positions.

Nelson said the Harris campaign pays fellows $15 per hour. He said paid internships/fellowships make the opportunity more accessible to a wider range of people. If he weren’t compensated, he said, he would not have been able to take on the role as fellow.

“It makes it a lot easier to step into this role, where in some situations it might not be financially viable,” Nelson said. “But it’s also great because Kamala supports that $15 minimum wage, and it’s really practicing what she preaches.”

As the summer progresses, some campaigns are just kicking off their internship or fellowship programs. Former Vice President Joe Biden began accepting applications in late June.

“Since Day 1 of our campaign, we have seen incredible energy and enthusiasm across the country for Joe Biden,” said Biden campaign manager Greg Schultz said in a June 26 press release. “Organizing is at the heart of our campaign and will be central to activating the support we are seeing. We are excited to build a nationwide network of organizing fellows that will engage their communities.”