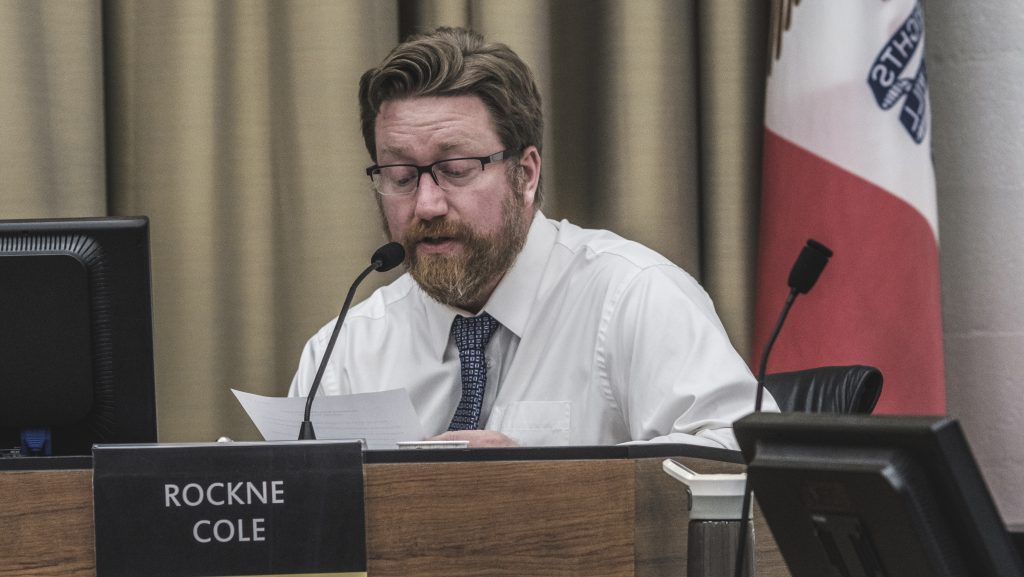 Iowa City City Councilor Rockne Cole will not run for re-election this fall, he has announced in a Facebook post.

Cole is serving his first term on the City Council, which will end in January 2020.

In his post, Cole said his heart told him to run, but his head told him no. The decision to not run stemmed from not having adequate time to devote to a campaign along with his service, law practice, and family.

He will continue to work on the climate-action plan, inclusive economic growth, and ensuring he lays a strong foundation for years to come, he said.

“I really feel that we have reached a durable community consensus about affordable housing, inclusive economic growth, and climate action that will continue well beyond my term,” he said in the post.

He does not rule out running for political office in the future, he said, but it’s not the right time for him now.