Criticism and political debate have surrounded American women’s soccer incredible early-stage play in the 2019 World Cup. But the team needs to remain focused to take down Spain today. 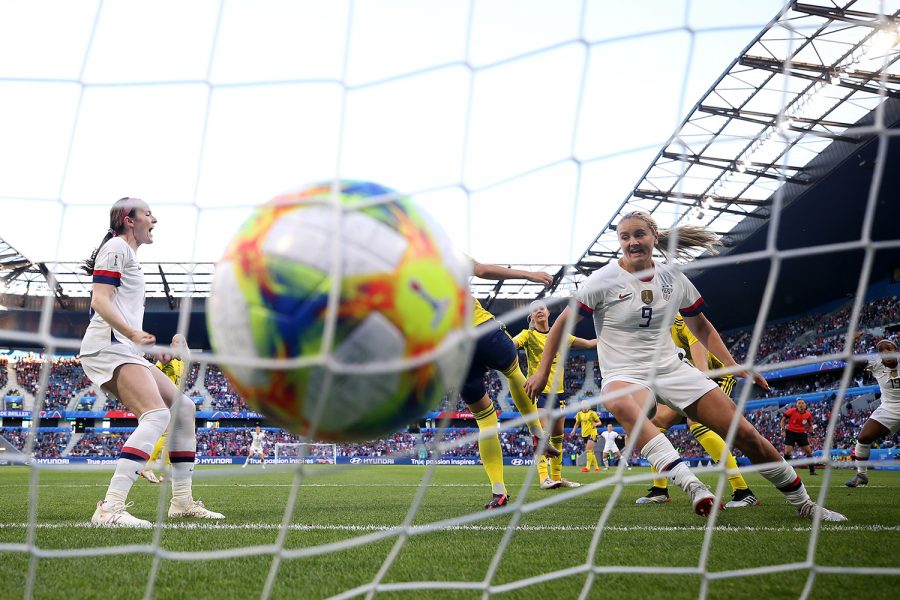 Off-field drama and criticism hasn’t held the U.S. Women’s National Team down in the World Cup.

After trouncing Thailand and Chile in the first two games of group play, the women’s team faced its first real test of the event with a matchup against Sweden, one of the favorites to win. Not so.

At the three-minute mark in the final game of the group stage, American Lindsey Horan received a corner kick — courtesy of veteran Megan Rapinoe — and kicked it into the back of the net. Sweden never gained its footing, and an additional own-goal from Sweden’s Jonna Andersson all but ended the chances of a Swedish comeback.

With that, the U.S. scored its 18th goal of the group stage, a record in the FIFA Women’s World Cup.

After gliding through the group stage, the United States will face Spain at 11 p.m. today in a single-elimination first round. As a 1.5 goal favorite heading into the game, the United States, many observers believe, should advance to the quarterfinals, which will be against home team France.

Spain failed to qualify for the World Cup in 2015, but a 1-1-1 record allowed the team to advance from the group stage this year. A win over South Africa and a solid 1-goal loss to the assertive German team led Spain to its tough match against the Americans. Jennifer Hermoso leads Spain with 2 goals in the World Cup, but even more impressive is the Spanish defense, which only gave up 1 goal to one of the best offenses in the world in Germany.

But what faces them now should be concerning. The United States’ Alex Morgan scored more goals in the opening game against Thailand (5) than Spain has scored so far in the World Cup (4). The Americans play cleanly — with a passing accuracy of at least 63 percent in every contest so far — and aggressively, taking an average of 24 more shots on goal per game than opponents. The U.S. also has an excellent mix of veterans and talent.

The only thing that can bring it down now — other than perhaps France — is off-the-field drama. Soccer fans and non-soccer fans have held several debates surrounding the Cup, centered on the U.S. women. After the 13-goal rout of Thailand, the squad was criticized for the beatdown. Subsequently, a hefty debate about the gender wage gap in professional sports ensued because of recent success of the American women and lack thereof on the men’s side.

If the women can remain focused and stay on the ball, they have proven they can beat anyone. They have broken many records in the early going of the international event, but a repeat win of the World Cup is all the team should be concerned about.

For now, Spain is the main object of concern. According to FIFA metrics, the U.S. has a 69 percent chance to take down Spain today. A solid showing from the women will surely give them a spot in the quarterfinals and a matchup with hometown heroes France.