Sylvia Dean, the UI’s first Fulbright winner of the year, plans to head to Taiwan for a second time. 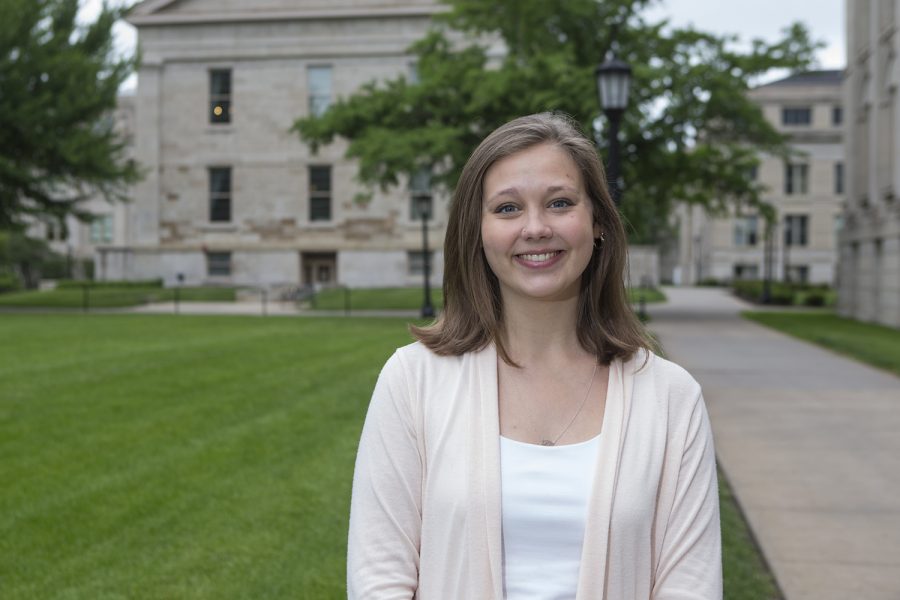 Sylvia Dean speaks four languages, has been across the world, has been immersed in Iowa City’s immigrant community since she was a child, and is the first student of the record-setting UI 2019-20 Fulbright class to be granted the prestigious award.

When the idea was planted in her head an Egyptian friend’s graduation party, Dean thought a Fulbright was a long shot. But to her peers, it was totally unsurprising.

Dean grew up in Iowa City and received a B.A. in linguistics and teaching English as a second language. Community involvement runs in the family: Her mother is an English/second language teacher, and her father is a speechwriter for UI President Bruce Harreld.

“I was internationally influenced at a young age,” Dean said. “I grew up knowing people from all over — Ethiopia, Iran, Mexico, China, Saudi Arabia, wherever.”

With her Fulbright, Dean will travel to Hualien, Taiwan, to teach English and assist music groups with her trusted saxophone for 11 months. The journey will be her second time in the country; she studied there three years ago as part of the Study Abroad program.

Her drive to see new places translated to a brief stint at Iowa State University as a biology major with a music minor, until her love of language brought her back to Iowa City and the UI.

She speaks English, Chinese, Arabic, and Spanish, and she said she hopes to expand that number. While she’s aware of the utility of speaking numerous languages and possessing the ability to communicate with more people, for Dean, language is just as much of an art.

“Part of the reason I really enjoy studying language is that I do feel the art in it,” she said. “I love the differences in sound and the timbre of them; every single one of them has a special place in my mind and a different color surrounding it.”

Although she had her mind set on doing international work, applying for the Fulbright had not really occurred to her until a friend recommended she give it a shot. Dean worked the front desk at the International Programs Office, where she met Fulbright Program adviser Karen Wachsmuth.

Wachsmuth said she watched Dean acquire an amazing degree of professionalism on the frontlines by interacting with UI students from all over the globe and helping them solve their problems.

“I’m certain she’s going to be an amazing representative of the University of Iowa in Taiwan,” Wachsmuth said.

Dean will also be the sixth UI student sent to Taiwan on Fulbright, Wachsmuth noted. Dean said in her return to Taiwan she is going to work with an organization called ATAYAL to help support and preserve the country’s indigenous cultures. When she studied abroad, she did extensive work with indigenous tribes.

While her sights are set on places around the globe, Dean has made changes in Iowa City as well. Her ideas helped bridge the Iowa City immigrant community and the UI Conversation Center by introducing events in collaboration with MERGE and the Friendship Community Project for members of the local immigrant and refugee communities.

“She grew up knowing adult immigrants and refugees around town and wanted to find a way to have our program support them as well,” said UI Lecturer Benjamin Hassman, the director of the Conversation Center and a former instructor of Dean. “It’s been a fascinating piece of what’s gone on to see how she’s knitted those different contexts together.”