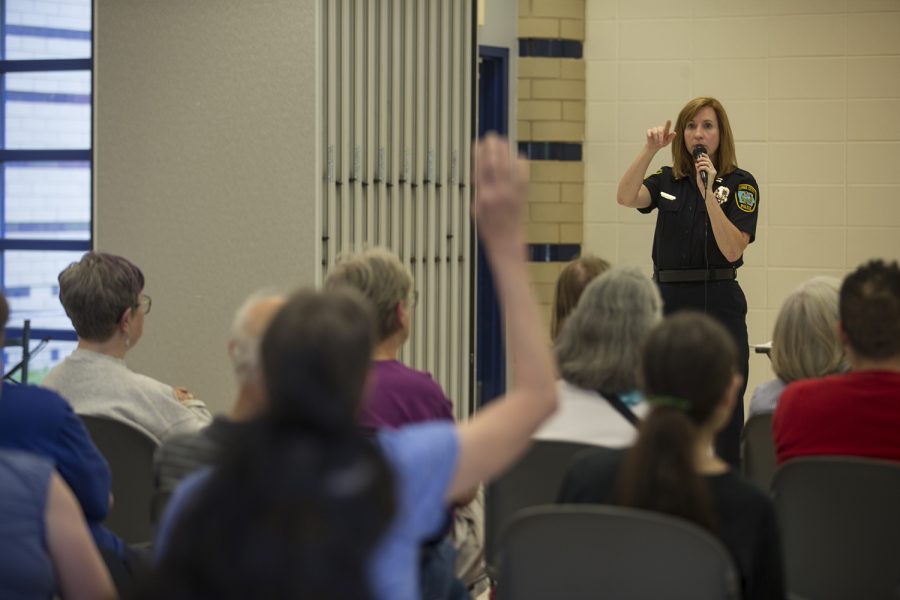 Iowa City police responded to two reports of possible shots fired on the morning of June 17, according to a press release.

The first report came in at 12:45 a.m. near the Benton and Michael Streets intersection. The reporting person said he was near the location and in his van at the time, according to the release. One of his windows was damaged by a gunshot, he said. Occupants of nearby residences also said they heard one gunshot.

Police responded to a second call that came in at 3:13 a.m. from the intersection of Wayne and Arthur Streets. The emergency callers heard numerous shots, according to the release.

The police are investigating these incidents as related to the June 13 shooting near Mercer Park, and according to the release, it is believed they are not random. Residents near Mercer Park should expect to see an increased police presence while they continue to investigate.

At a neighborhood meeting on the evening of June 17, Iowa City police Capt. Denise Brotherton and Officer Adam Schmerbach discussed the incidents with residents. City Manager Geoff Fruin was also in attendance to answer questions.