The state Board of Regents voted on June 6 to increase tuition at the University of Iowa and Iowa State University by 3.9 percent for academic year 2019-2020. 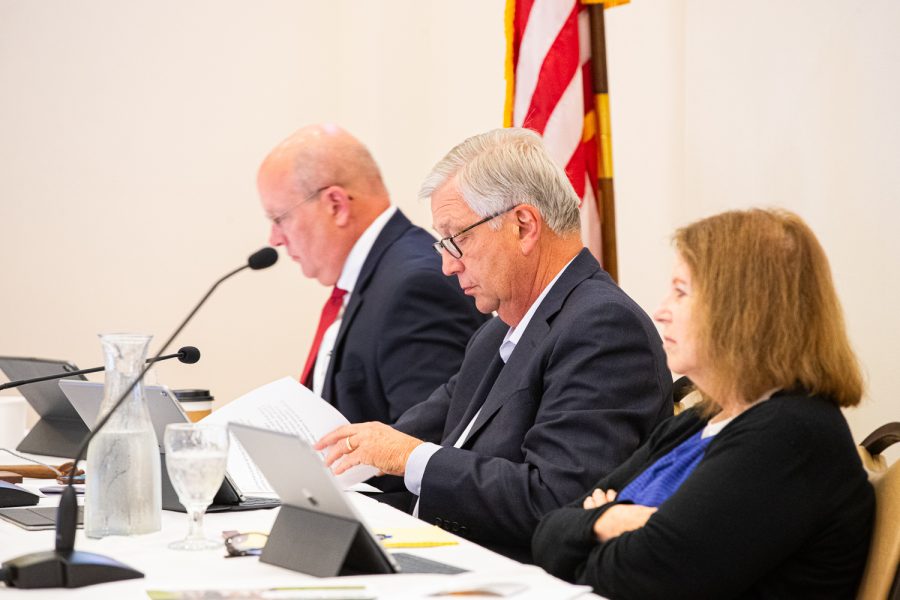 AMES– After discussing tuition for the 2019-2020 academic for the final time, the state Board of Regents voted to increase tuition for resident students at the University of Iowa and Iowa State University by 3.9 percent after state allocations fell short of the $18 million requested.

In the past, the regents would first read tuition in fall and then take a final vote in December. The timeline was then changed to have the first reading in April and final vote take place in June to allow for the state Legislature to determine state appropriations, without the regents resetting tuition after the final vote.

Even with a final tuition vote while classes aren’t in session, Regent President Mike Richards said he believes students will know what to expect when paying tuition in the fall. With the first reading of tuition in May, students still have time to plan for the increases, he said.

“The tuition rate is always going to be that rate or lower, so that it’ll be the same. I think that we communicated enough to the people so that I’m comfortable with the way we handled it,” Richards said.

Students at the UI will also see a 2.4 percent, or $36, increase in mandatory students fees for technology, mental health, arts and culture events, and recreation.

These increases come after state lawmakers passed a bill providing the regents with $12 million to be split between the three universities, falling short of the $18 million funding increase requested by the regents in September.

The regents have been working to increase financial aid as tuition rates increase in order to compensate for the decreasing state funding. As The Daily Iowan previously reported, the state of Iowa is ranked 50th in the U.S. for state-awarded financial aid.

The $12 million in state allocations will be split evenly between the three universities, with each receiving $4 million.

In November, the regents unveiled the multi-year tuition model, which outlined tuition increases of 3 percent to 5 percent each year over the next five years at the UI and ISU, with the goal of providing predictability for students and their families.

“We’ve spent a lot of time discussing [tuition] during the year and over the past year we had our public task force and created guidelines that projected forward,” Richards said. “The tuition increase that we’re talking about is within those guidelines.”

UI President Bruce Harreld highlighted the predictability of the tuition model for students and families. Through predicting tuition increases, the students are provided with more stability, he said.

“We must have new, sustainable, predicable resources in order to invest in our future,” Harreld said.