James Daniels was drafted after his junior season, and this weekend he returned to Iowa City to receive his diploma. 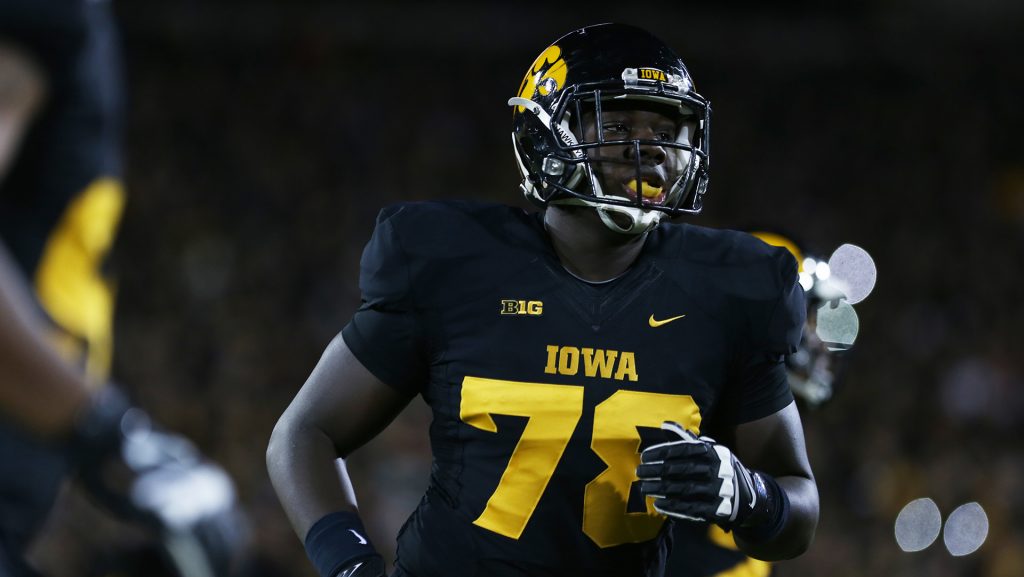 Iowa offensive lineman James Daniels runs to the sidelines in Kinnick Stadium on Saturday, Nov. 14, 2015. The Hawkeyes defeated the Golden Gophers, 40-35 to stay perfect on the season. (The Daily Iowan/Rachael Westergard)

Former Iowa offensive lineman and current Chicago Bear James Daniels returned to Iowa City on Saturday for a very special reason: to graduate from the university that propelled him to the NFL. He and others took to Twitter to mark the occasion — and make it special.

First, Daniels was looking for his jersey for a special reason, and a fellow Hawkeye reached out to make sure it went to good use.

We got your jersey as soon as you were drafted! I’m glad it is being put to good use. Awesome to meet you! pic.twitter.com/Q9IHvaTIx6

The University of Iowa was there to capture the moment and offer its congratulations.

Hawkeye and @ChicagoBears James Daniels is out here making everyone proud. #UIgrad19 pic.twitter.com/PD9JE26h5j

Larry Mayer, a writer for the Chicago Bears website, offered his congratulations all the way from Chicago and Daniels’r new home.

Congrats to #Bears offensive lineman James Daniels on graduating from the University of Iowa! https://t.co/VpqlNATXLY

Daniels, who was selected by the Bears in the 2018 NFL Draft following his junior season, used the occasion to mark his path from the University of Iowa to the NFL and back again.