With a four-year career coming to a close, Pregame Editor Adam Hensley gives his final thoughts on his ride with the DI. 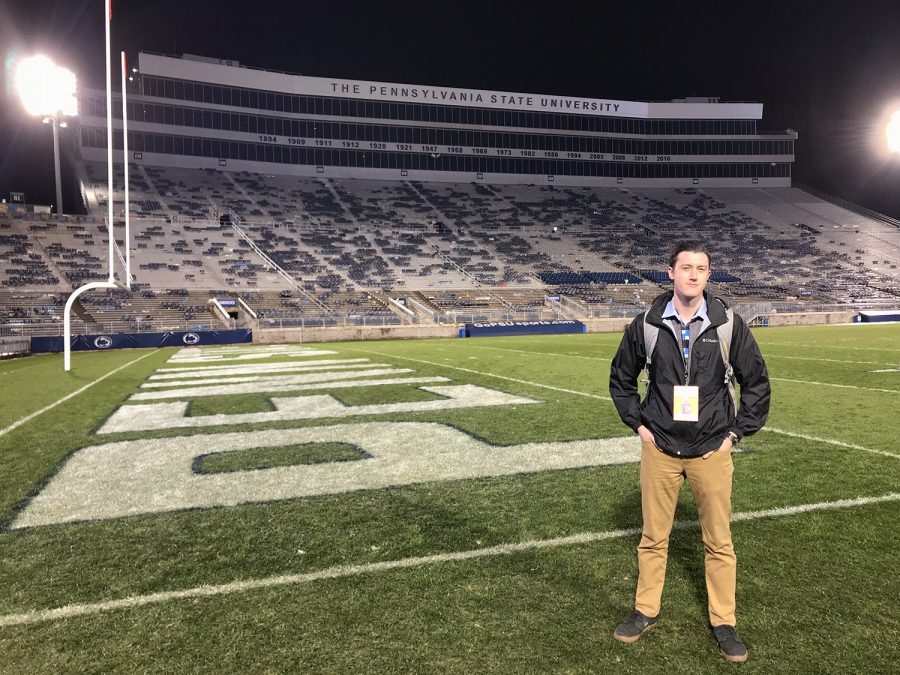 I was nearly convinced I was going to quit The Daily Iowan a couple months into my freshman year at Iowa.

I had one of the toughest weeks of college: two major projects, a paper, and at the same time, I had a source who came out and explicitly said he had ignored my emails after my editors had pushed back one of my stories.

I remember breaking down in my dorm room and calling my parents. I’ve never truly had a collapse, but on that day, I was right on the verge of one. I wanted to do something else. I didn’t want to continue a career in journalism, not if it would be anything like this.

Now, just one day before I walk the stage in Carver, I think back on this story and laugh. Looking back, I’m so glad I didn’t quit the DI that day nearly four years ago.

It hasn’t been easy by any means, with late nights and early mornings in the newsroom, countless story revisions, and a sleep schedule that belongs in the garbage. But in all honesty, I wouldn’t trade it for anything. Sticking with this has been the best decision I’ve made.

The DI has given me unlimited opportunities, many of which I never imagined before I came here in August 2015. I’ve covered the 2019 Outback Bowl, two Big Ten men’s and one women’s basketball tournament, two Big Ten baseball tournaments, the Drake Relays, and this past NCAA Tournament for men’s hoops. I’ve been seemingly everywhere, from Pennsylvania to Florida to Omaha to Chicago.

I had no idea that I would be in the position I am today, especially when I started out as the men’s cross-country reporter as a freshman. All I wanted was a chance to get my feet wet, and before I knew it, I was fully submerged.

My sleep schedule doesn’t agree with me at times, but that’s part of the job. I’m continually asked how I survive on the amount of sleep I get on a regular basis, and I have the same response — I love my job.

I’ve gotten to make connections with countless athletes and coaches and share their amazing stories. And that’s what I discovered most about this job — everyone has a story, and it’s a privilege to be able to tell even a fraction of them.

I’d like to thank Bill Casey for taking a chance on me, a sports-hungry freshman (who in all reality had no idea what he was in for) and choosing me as one of the DI scholars. I’d also like to thank Jason Brummond and Jenn Wagner, because both of them couldn’t have been more helpful these past few years with story revisions, assistance on post-graduation life, or just simply being ears to listen to a rant of mine.

I have so many DI memories cluttering my brain from the past four years, but when it comes down to it, I’ll always remember the friendships and the relationships I’ve made here in the newsroom. My best friends work at this publication, and I can’t tell you just how excited I am to see where they go in life.

I’m not sure what I would have done had I change courses during my freshman year, but I do know I wouldn’t be writing this column right now.

It’s been one hell of a ride, and I can’t wait to see what’s in store next.