The Iowa women’s basketball team is The Daily Iowan’s pick for Women’s Team of the Year for the 2018-19 season. 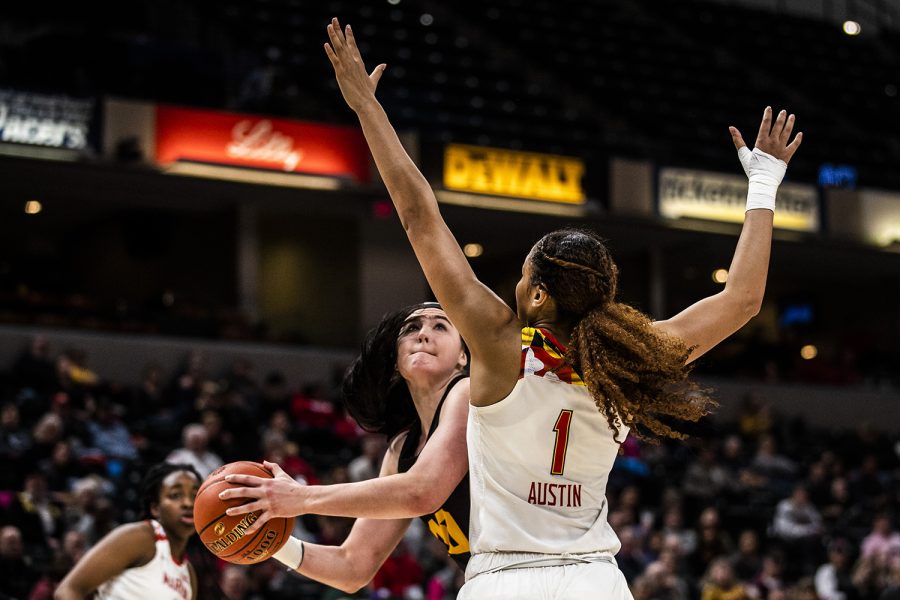 The Iowa women’s basketball team had its best run in nearly a quarter of a century this past season, finishing with a 29-7 record.

It was a season that started with wild expectations; head coach Lisa Bluder suggested that the team had “all the capabilities” to be her best team at Iowa.

Considering it went further than any of the other teams she has had in her tenure, it certainly lived up to what Bluder thought it capable of.

One major goal going into the season was winning a Big Ten Championship. Originally, the Hawkeyes’ sights were set on winning a regular-season championship.

RELATED: By the Numbers: A historic season for Hawkeye women’s basketball

“That’s definitely one of our goals this season,” center Megan Gustafson said at the team’s media day.

Throughout the Big Ten season, it certainly seemed like the Hawkeyes had a shot to claim an outright title.

Iowa played then-Big Ten leader Rutgers in Carver-Hawkeye on Jan. 23 and won, 72-66, to put the Hawkeyes as one of the main contenders for the title.

They proceeded to win five of their next six games before coming head-to-head once again with the leaders in the Big Ten.

This time it was Maryland, and instead of being in third place, the Hawkeyes were just one game behind the Terrapins for a share of the title.

Once again, Iowa rode its home-court momentum to an 86-73 win to tie Maryland for the first-place slot in the Big Ten.

Winning at home was axiomatic for the Hawkeyes this season. They finished with an unblemished 17-0 record in Carver, which includes two NCAA Tournament games and two games against first-place opponents.

Iowa lost its share of the lead in the Big Ten standings after a heartbreaking 75-73 loss to Indiana.

Instead of moping, Iowa soared through the rest of the regular season, stomping Nebraska and Northwestern in its final two games before the Big Ten Tournament.

In the first game of the tournament, Iowa got revenge on Indiana, beating it in a hard-fought game, 70-61.

The Hawkeyes proceeded to yet again topple Rutgers and Maryland on their way to a tournament championship.

In the championship game, they beat Maryland — which stole Iowa’s goal of winning a Big Ten regular-season title — with a bit of vengeance, 90-76.

“We really wanted a regular-season title,” Bluder said. “But in some ways, this is even better.”

For its regular season and tournament success, Iowa earned a No. 2 seed in the NCAA Tournament and hosted the first two rounds.

True to the Hawkeyes’ home prowess, they won both games — first against Mercer, then Missouri — and earned a spot in the Greensboro, North Carolina, regional.

There, they ran wild over NC State, winning 79-61. That gave Iowa its first Elite Eight berth since 1993 and the first of Bluder’s career.

Iowa’s swan song was against eventual national champion Baylor in the Elite Eight.

Still, the Hawkeyes made their impact on postseason awards, with Gustafson and Bluder sweeping the Naismith Awards.

Gustafson, who became the fourth women’s player to score 1,000 points in a season, also won AP Player of the Year honors, and she will see her number retired at a later date.