Jason Snell graduated from the UI in 1999 and struggled to find a job. Twenty years later, he is known for his innovations in the arts and engineering. 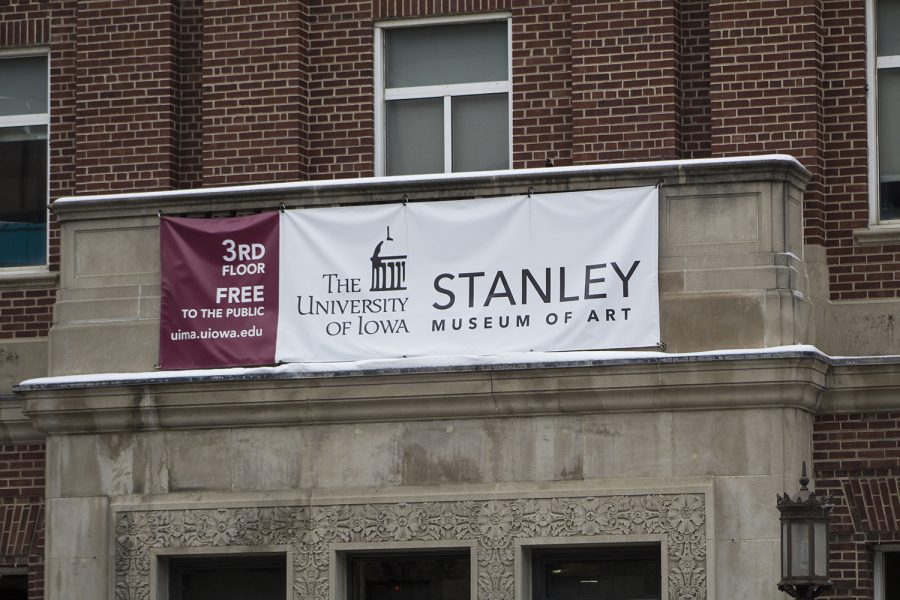 The Stanley Museum of Art sign is seen outside of the IMU on Monday, January 14, 2019.

While dancers perform, music is produced based on their movements. A meditation headband analyzes brain frequencies to create sound. These are some of the inventions of University of Iowa graduate Jason Snell.

Right after graduation from the UI in 1999, Snell was living on his aunt’s couch in San Francisco, struggling to find work. Now, he spends his time among Los Angeles, Cedar Rapids, and Berlin, engaged in projects combining technology and the arts.

While at the UI, Snell split his time between the art and journalism schools. Interested in graphic design, he went into journalism. He worked at The Daily Iowan his senior year as an illustrator, he said.

“The people around me as an artist never recommended taking computer classes,” Snell said. “I learned through experience and interactive development on the job.”

When he eventually moved to San Francisco, he struggled for eight months looking for work. Then he got a job in Minnesota, where he worked in both programming development and electronic music, he said.

In 2000, Snell moved to New York City. He lived there for nine years, doing everything from video-game development to website design to making and producing music, he said. Snell also worked off-and-on with Condé Nast for more than a decade. When the economy crashed in 2008-09, he began experimenting with app development.

He developed an app called Refraktions, a music synthesizer. Noticing he had the data for how many times users chose which instruments and notes, he developed an artificial-intelligence component that developed sequences based on the individual user, Snell said. He made 50 minutes of material with the synthesizer that he turned into an album, Ant-Zen.

Snell attended a wedding in Berkeley, California, in 2016, where he met a dancer from Berlin, he said. She expressed her desire to have music made from her motions rather than moving to the beat of a song already produced. Snell realized that because of his previous work, he could create exactly what she imagined.

Click below to watch Jason Snell’s demonstration on Filters & FX.

He began traveling to Berlin and working with the dancer, choosing sounds for various movements, he said. The project continued to Los Angeles with dancer Ty Wells, who has worked with such artists as P!nk, Lorde, and Katy Perry.

In late December 2018, Snell had a dream about creating music based on DNA sequences. Immediately, he started making the dream a reality. He discovered the Muse Headband used for meditation.

He decided to take what he learned from the motion-sensored dance project and use brain data with the Muse Headband, he said. The result is music produced from brain waves.

Through these projects, Snell has found himself back in partnership with the UI. The Stanley Museum and Iowa City have funded grants for Snell to continue developing and performing his projects, he said. Vero Rose Smith, Stanley’s associate curator for the Legacies for Iowa Collections-Sharing Project, reached out to Snell to do a project.

Click below to watch Jason Snell’s video showcasing how technology can influence dance.

“Jason is a really fantastic collaborator,” Smith said. “He is so good at listening and working with other people to figure out shared collaborative vision.”

“It is great to have such passionate and competent musician-technologists in the area,” said Jean-François Charles, a UI assistant professor of digital arts and composition.

Snell is impressed with the creative community in eastern Iowa, he said.

“If people want to or need to stay here, they can be successful,” he said. “There’s a lot of talented people here.”