Iowa suffered a tough loss to Cal-Irvine on Sunday, but it won’t stop the Hawkeyes from making a run to the postseason. 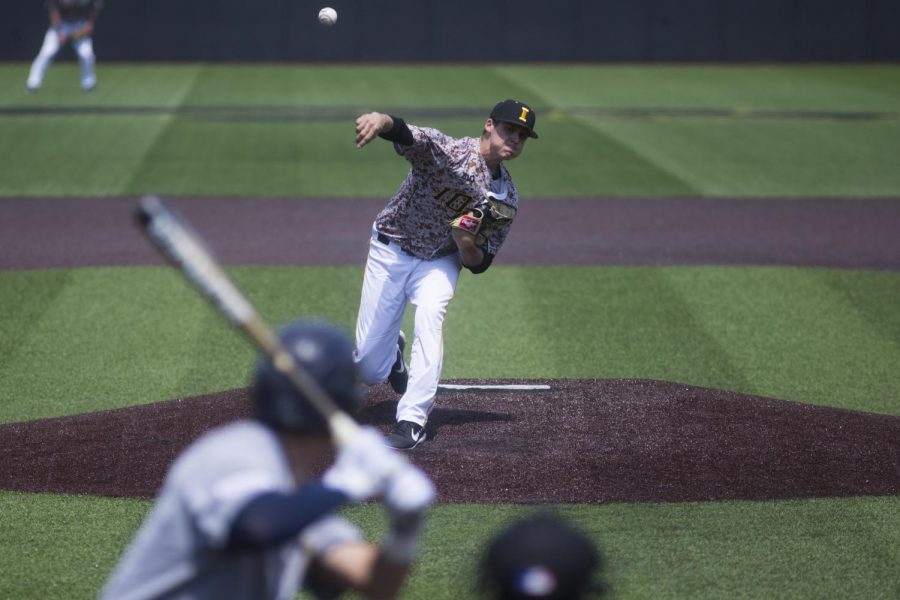 Let’s get one thing straight: Iowa’s devastating 15-4 defeat at the hands of Cal-Irvine on Sunday did not show what good baseball teams are made of.

Luckily for the Hawkeyes, one blowout won’t define the rest of their season.

While giving up 15 runs in the series finale certainly won’t make it feel good, Iowa has a lot more to look back on than the one loss.

After all, Iowa already did wonders for its postseason hopes by securing its sixth-straight series victory on May 4 after taking Game 2 against the Anteaters, 1-0.

It was the kind of gritty game the Hawkeyes are made for. It played out to be as grind-it-out as a college baseball game can get.

All three Anteater starters entered the series with an ERA under 2.63. Cal-Irvine owned the 26th-best team ERA mark in the country, sitting at 3.55.

Yet, the Hawkeyes clawed their way into the lead with a Tanner Wetrich RBI single in the fifth and fought to hold onto the shutout the rest of the way.

It’s the same fight Iowa showed after it got swept by Indiana to open Big Ten play. The series marked the first time the Hawkeyes started Big Ten play 0-3 since 2008. But the Hawkeyes bounced back to win six-straight weekend series, and they now own four series wins over top-30 teams.

Although Sunday’s loss to Cal-Irvine hurt, there’s a bigger picture, and that’s what Iowa focused on.

“It’s like losing the second game of a doubleheader after winning the first; you kind of feel like you lost both,” outfielder Chris Whelan said. “I think the biggest thing is to not forget what we did here and what we’ve done the last six weeks, and that’s rally off big series wins.”

Just like in each of the past six series, Iowa will be ready.

Michigan State and Maryland may not look like much on paper, but this is the point of the season where NCAA Tournament berths are made and broken and bubbles are burst.

The Hawkeyes were in the same situation last season and unraveled. After they likely reach their sixth 30-win season in a row, they don’t want to break their hearts again.

“Nothing’s going to happen,” infielder Brendan Sher said. “We got our foot on the gas pedal, and we’re not letting up. No letdowns anymore. We’re going to hammer these last couple weekends out, and we’re going to show them what we’re made of.”

Iowa has done enough to earn a bid. But the Spartans and Terrapins both stand in the way as obstacles.

The two teams have posted a combined 13 Big Ten wins on the season, and Iowa has 11 on its own. The Hawkeyes will suffer the consequences if they fall short.

Now, Iowa turns its focus to the bigger picture of what it has done the last six weeks and what is to come.

“It wasn’t very good [Sunday], and everybody knows that,” Iowa head coach Rick Heller said. “We don’t need to belabor it. Wipe it away.

“There is no shot at a regional if you don’t play well. I’m just being realistic with it. We have to play really well against anybody to have a chance to win.”