The Daily Iowan • May 5, 2019 • https://dailyiowan.com/2019/05/05/iowa-organization-works-to-break-stigma-of-mental-illness-in-agricultural-communities/

May is Mental Health Awareness Month, and the Great Plains Center for Agricultural Health is doing its part to raise awareness for mental illness in the agricultural community and break the stigma on acknowledging a need for help. 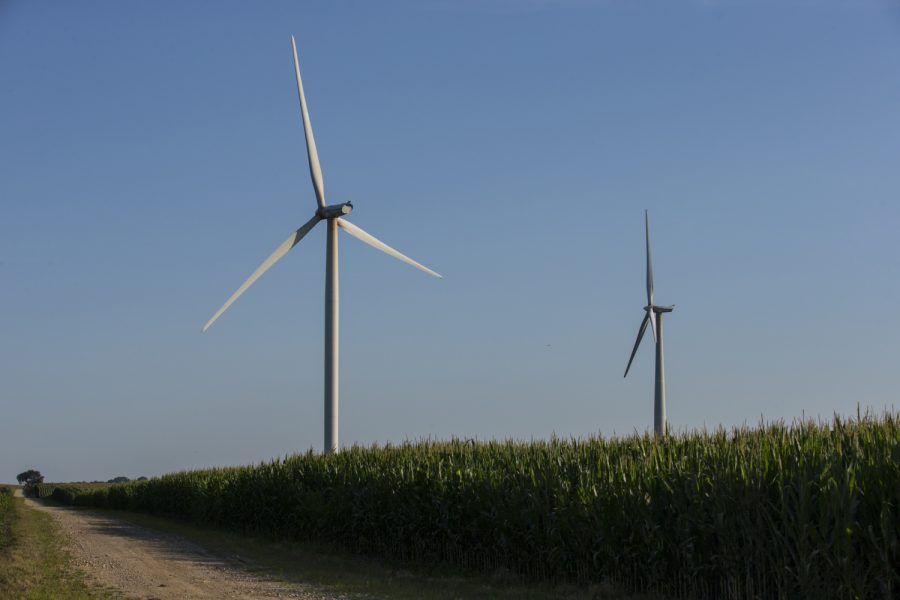 May is Mental Health Awareness Month, and the work one center is doing will try to start a discussion about mental health and agricultural workers.

The Great Plains Center for Agricultural Health has joined the effort to break the stigma around mental illness among agricultural groups. The organization has created a website, social-media pages, and hashtags to encourage individuals to seek help and learn more about mental illness.

Farmers’ suicide rates are double the rate of the general population, said Jenna Gibbs, the Great Plains coordinator, and individuals living in rural communities have a difficult time seeking help.

“We’re looking more to promote awareness to overcome stigma so that when people get stressed out, they’re not afraid to talk about it,” Gibbs said. “And we hope … that our viewers will be more likely to seek help early in the game.”

She was responsible for making resources available to members of the agricultural community in hopes that it would encourage individuals to seek help. When developing online materials and resources, she said, she looked at mental-health resources nationwide and found the ways they specifically target farmers to compile the materials in one location.

In an email to The Daily Iowan, Great Plains Director Renée Anthony said that over the past year, her role has been to reach out to mental-health experts and advocates in order to build relationships and connections in support of the agricultural community.

The center has focused its efforts on improving physical health among agricultural workers, but it is now starting to focus on the importance of mental health, Gibbs said.

“In the past, our organization has done a lot of studies on agricultural safety, and chemical exposures, and musculoskeletal disorders, which are all very important issues, but we have learned that mental health is also important,” she said.

The online materials were created with the goal of reaching large organizations with a social-media presence and then “trickle down” the messages into agricultural communities, Gibbs said.

Communications coordinator Jennifer Patterson said that because she has family members who farm, the project was particularly important and personal for her.

Her main role was to create the website and social-media pages for the organization and gather resources for mental health. She hoped that having a large presence on social media will bring to light the issues of mental health all year, not only in May, she said.

“There’s really, as I understand it, a lack of resources and support for farm workers and their families, and that’s led to economic difficulties and higher rates of suicide in rural clinic and agricultural communities,” Patterson said. “… We wanted to do something to try to give people resources to turn to.”

Gibbs said the goal of the social-media pages and online resources is to create a community for agricultural workers experiencing mental illness to share their experiences and seek help.

“I hope to see people talking to one another and sharing stories about their own struggles,” she said. “… and I really hope that this campaign allows people feel like they have space to open up and talk about these things.”