The Chicago native will be eligible to play immediately at whichever program he chooses. 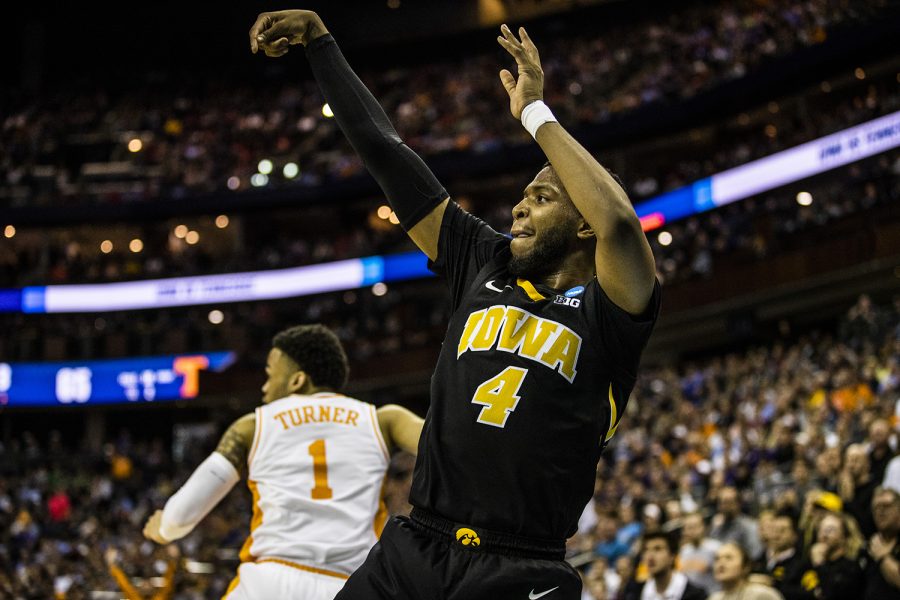 Iowa guard Isaiah Moss shoots a three-pointer during the NCAA game against Tennessee at Nationwide Arena on Sunday, March 24, 2019. The Volunteers defeated the Hawkeyes 83-77 in overtime.

On Thursday, Iowa basketball guard Isaiah Moss entered his name into the NCAA transfer portal. The news was first reported by 247 Sports.

Moss averaged 9.2 points per game and shot 42.1 percent from 3-point range last season. His percentage from deep ranked second among the Hawkeye starters behind Joe Wieskamp. Moss also averaged 2.8 rebounds and 1.8 assists in 24.1 minutes per game. This past season, Moss scored at least 10 points on 15 occasions.

“I would like to thank my teammates and coaches, and all the fans for being there for me,” Moss said in a release. “The last four years have been a great experience.”

In his three years of suiting up for the program, Moss appeared in 102, starting 96 of them. He will exit the Hawkeye program having scored 906 points and made 126 3-pointers.

“Isaiah has been a valuable member of our program the last four years,” Iowa head coach Fran McCaffery said in a release. “We appreciate Isaiah’s contributions and wish him good luck in his future endeavors.”

Moss, a redshirt junior from Chicago, will be eligible to play immediately at whichever program he opts to join.