In light of Wednesday’s consideration of a rental permit moratorium, thinking about a changing renting population is important to the conversation. 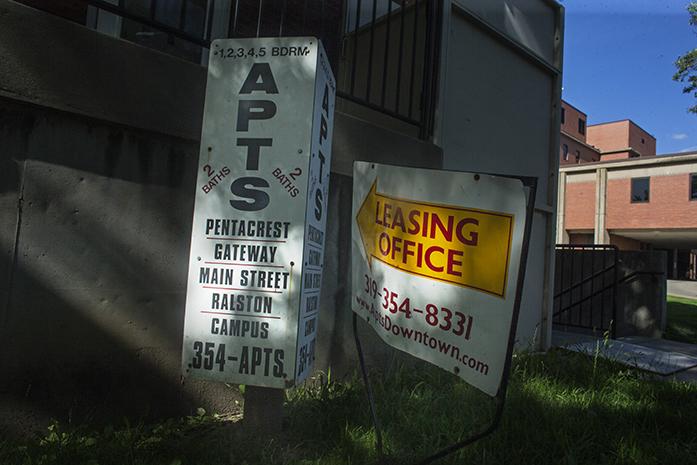 In response to a new state law that prevents cities from enforcing rental caps in neighborhoods, the Iowa City City Council met Wednesday to approve first consideration of a moratorium on rental permits until March 7, 2020. Like many local-government initiatives, this sort of policy is complex, and it’s important to consider the issue and those affected by the City Council’s decisions.

The controversy surrounding rental caps seems to be the result of a longstanding issue in Iowa City. As a college town seeking to still support its permanent residential citizens, Iowa City has a strange housing situation.

RELATED: Banerjee: What does progress actually look like in Iowa City?

Rental caps have previously been enforced in an attempt to prevent overcrowding in residential neighborhoods. Fearing that college students and renters would overtake the traditional families and other homeowners and lead to more congestion, Iowa City has used rental caps to ensure that neighborhoods consisting of single-family homes do not rise above 3 percent rental properties. Protecting the growing community of Iowa City is clearly a major concern in this decision, but this mentality may be reflective of an outmoded traditional view on renting.

Iowa City is in a tricky place to implement wide-spread housing legislation because of our diverse demographics. While the wish is to ensure that Iowa City neighborhoods can withstand the congestion, parking issues, and infrastructure concerns from student renters, rental caps don’t accomplish this.

For one, the regulations can inflate rent costs for tenants in the face of potentially more rental properties and more competition. It also prevents people from using their property in the ways that they wish. But even more compelling is the fact that renters are not necessarily negative influences on a growing community. In fact, rental caps may diminish the ability for Iowa City to continue to expand.

I certainly see the arguments in favor of maintaining rental caps as convincing concerns, especially considering the sheer number of students and incoming renters in Iowa City each year. To entirely remove rental caps from the city could lead to chaotic and mismanaged neighborhoods that only further problems with housing instead of preventing them. It could also give more power to landlords over tenants, which puts often vulnerable people into an even more vulnerable situation. Giving an excess of capital to landlords in a small population is not the safest choice for renters. Yet, that doesn’t mean that maintaining the same 3 percent rental caps is necessarily the answer.

It’s wrong to assume that renters are inherently less likely to take care of their rental properties. While I’m sure that is a valid concern of landlords, to wash over all renters as inferior to home-owners is rooted in a traditionalism that no longer applies in an evolving community.

Renters are not a horde of wild undergraduates. Many individuals, couples, and families choose to rent over buying, not just students who come in and then leave vacancies in four years. In 2017, the Iowa fraction of renters was 28.4 percent, according to Census ACS data.

People have a reason to take care of the places in which they live, and people who intend to rent long-term have even more of a reason to take care of these places. Renters are not necessarily in-betweeners — just kids trying to find a spot for a few months or years. Families and other groups rent, too, and should be taken into consideration in the number of rental properties that are available to them. To accommodate growing communities, renting caps may need to expand beyond 3 percent.

The decision to put a moratorium on the rental permits may not be the ideal situation, but until city officials come up with a new solution, it seemingly makes sense to implement a short break on permits. Perhaps the best approach is to raise the existing rental cap. Whatever it decides to do, the city council needs to work with all groups involved to create policy that’s in the best interests of the community.