The new UISG operational budget for fiscal year 2020 ends 24 hour IMU access, as reports show the space was not frequently utilized after midnight. 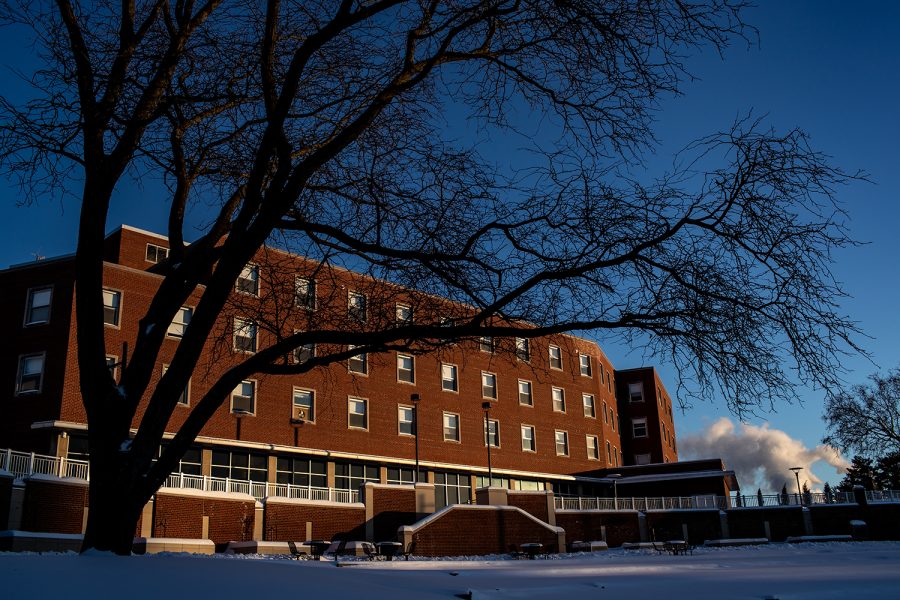 Outdoor picnic tables sit empty and snow-covered in front of the IMU on Wednesday January 30, 2019.

University of Iowa students will no longer have 24-hour access to the IMU at the beginning of the fall semester following a budget cut because of underuse of the space in the late-night hours.

The budget strikes $13,000 in funding, which paid for a staff member to be present in the IMU between midnight and 7 a.m.

UISG Finance Director Adam Burghduff said students do not frequently use the IMU in the early morning hours.

“One of the main reasons that was cut is we found data that showed there were fewer than five people most of the time here after midnight. We were paying $13,000 a year for five people to be here,” he said. “Those numbers go up to 25 to 50 during finals week — we didn’t think that was enough to warrant the $13,000 price.”

The budget includes $3,000 for the IMU to remain open 24 hours during finals week and the week immediately before finals, and the IMU will remain open past midnight on occasion for special programming such as Campus Activities Board events.

UISG President Noel Mills said the IMU will likely close between 11 p.m. and midnight beginning in the fall.

“We just felt that it was a poor investment when the library was down the street,” Mills said.

RELATED: UISG votes to give KRUI funding to replace equipment

The total operating budget for fiscal 2020 is $180,000; the fiscal 2019 budget was $173,611. Burghduff said the budget increased largely because of the inclusion of funding for Womxn of Color Network event and the UI Powwow in the operational budget.

UISG Sen. Zoe Hamstreet said those events, along with the UI’s Fresh Check Day, need to be institutionalized because they occur annually or nearly annually.

“The Powwow and Fresh Check Day are something that occur every single year,” she said. “They’re brought to the floor — every single year people ask what’s the long-term plan for how we’re going to pay for this. We have the money this year to include those in the operational budget.”

Mills said she felt the salary cuts were a necessary adjustment considering the number of other initiatives the operational budget covered.

“We felt that having so much money for salaries for our one organization was simply unfair, considering the number of initiatives on our plate and how much money we pay other student organizations for their salaries,” she said. “It was an edit worth making in order to accommodate the amazing [communications] team and make them feel like they’re valued as a part of this organization.”