With the 'Avengers: Endgame' release last week, military and government funding of the Marvel movies should be brought into the conversation. 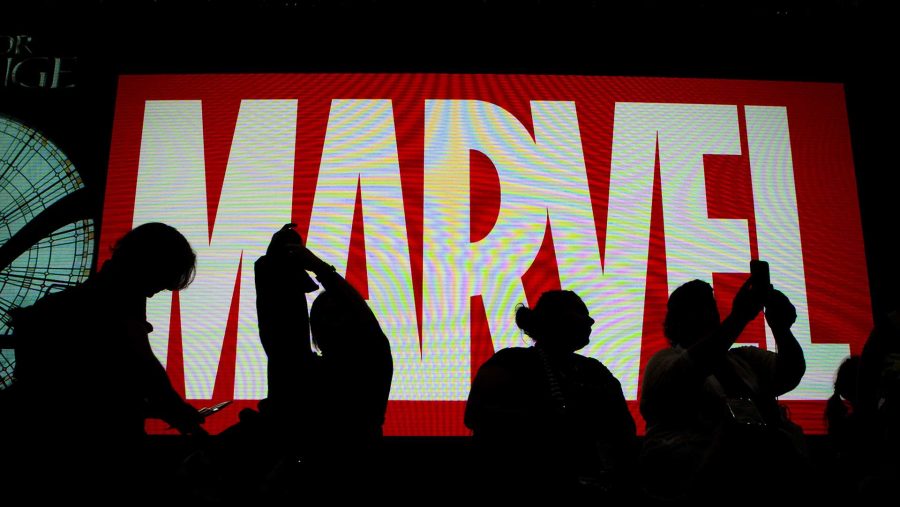 Attendees sit in front of an illuminated Marvel sign during the second day of Comic-Con 2016 on July 21, 2016 in San Diego. (Harrison Hill/Los Angeles Times/TNS)

Steve Rogers, or Captain America, is the perfect boy next door. He is good American stock: blond, strong, and caring. He looks like the type of guy you’d be happy to have ask your daughter to prom. He cares about the people around him and is willing to lay down his life if it means protecting them.

He is also a weapon of the state, both in the Marvel universe and outside of it.

Propaganda films are generally associated with faraway and destitute countries, made by tyrannical governments in scary-sounding places such as Soviet Russia, but they have a long history of being funded in America. This shouldn’t be surprising, of course — every government creates propaganda to sell their nation’s morals and values. But, because we associate America so strongly with ideals of freedom and democracy, it is often hard to admit that governments and political powers have strong hands on the mass media we happily enjoy and flock to in the hundreds of thousands.

The Pentagon is known for funding commercial films. From clearly influenced movies such as “Top Gun” and “Air Force One” to more surprising ones such as “Karate Kid II,” the Pentagon has financially aided hundreds of films in some manner, according to records provided to Marshall University communication studies Associate Professor Stephen Underhill by the Pentagon. This includes the entire “Captain America” and “Iron Man” franchises. Financial partnerships can be as simple as exchanging equipment access for positive messages in the films, which is clear in films such as “Captain America,” which is entirely predicated on the importance of patriotism and fealty.

Supporting the Marvel franchise does not turn people into puppets of the state, but it is something to keep in mind when watching the films. “Avengers: Endgame” débuted last week and raked in an impressive $1.2 billion globally. The 22 films in the Marvel Cinematic Universe have made $19.9 billion, according to the Marvel website. We spend more money on this series than we have on anything in mass media.

State propaganda doesn’t always look like what we expect. It is not mindless patriotism and demonstrations. Sometimes propaganda looks like a man in tights flying through the sky, fighting off criminals and intergalactic aliens.

State-funded film and television inundate our cultural consciousness. Comedy shows such as “Brooklyn Nine-Nine” and “Parks and Recreation” feed into a pro-government, pro-police mindset, even if they are praised for being progressive in their social politics. The Pentagon explicitly has people read scripts to judge whether or not they will be funded, which relies on how supportive the scripts are of the American government and its various projects.

We give so much of our time and energy to shows and films such as the Marvel franchise without critically examining what we are picking up and internalizing from their content. Film theorists have long associated movies such as Silence of the Lambs and our fascination with serial killers as a similar distraction from real violence, such as imperial violence in Iraq. Similarly, the cultural worship of the Marvel Cinematic Universe without any thought as to what it says closes our eyes to violence abroad and at home.

Enjoying Marvel movies is not inherently wrong, but it is a concerning cultural phenomenon. Being informed viewers and consumers is becoming especially critical in the digital age, and knowing how your favorite movies were created is an essential part of that.