Amy Klobuchar to visit Iowa City on May 4 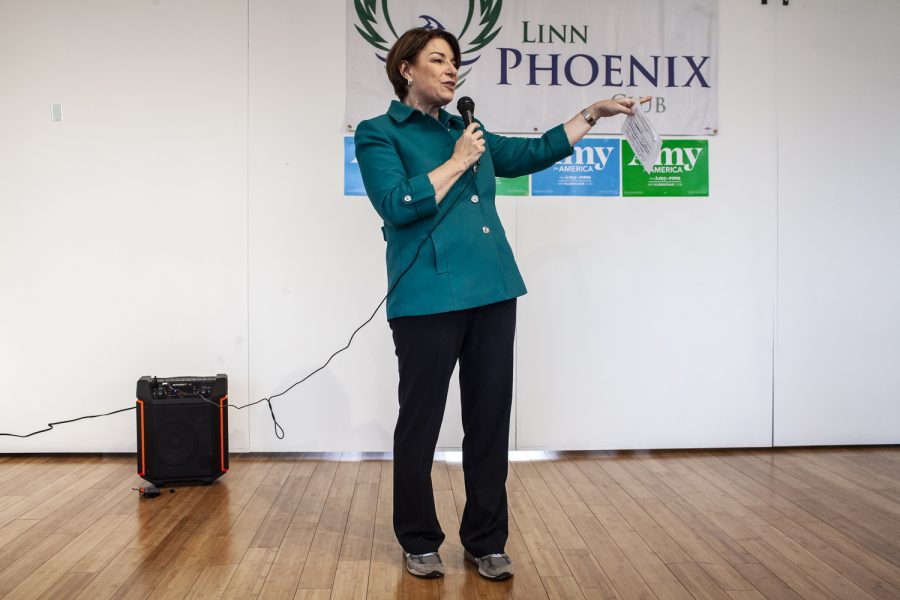 Democratic presidential-nomination hopeful Sen. Amy Klobuchar, D-Minn., will hold a meet-and-greet from 5-6:15 p.m. Saturday at the Mill, 120 E. Burlington St. She will also make a stop in Grinnell from 1-2:15 p.m. May 5 at the Drake Community Library.

Klobuchar announced her candidacy in February during a snowy rally in Minneapolis. She last visited Iowa during a weekend swing through eastern Iowa in March. During that visit she made appearances in Waterloo, Dubuque, Cedar Rapids, Independence, and Davenport.

Klobuchar’s platform includes such issues as investing in health care, education, and infrastructure. She also has touted her legislative record during previous visits, noting she believes her bipartisan track record would be an asset to her as president.