The art of Odissi dancing comes to Englert

Kuldeep Singh will perform his show, So Many Journeys, at the Englert at 7 p.m. Friday. 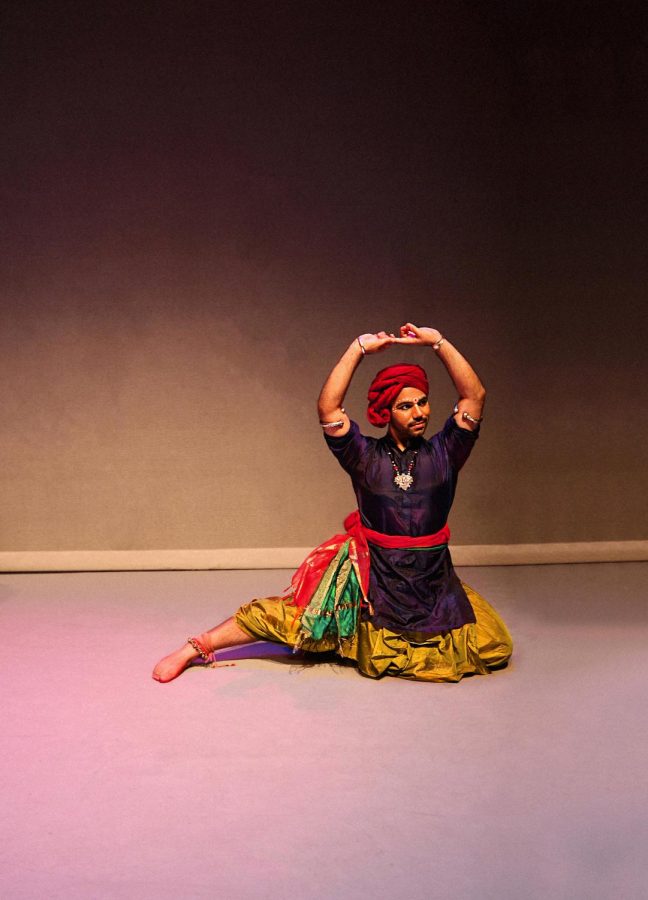 Dressed in a complex costume of bright colors, a white sash, and a crimson red turban, Kuldeep Singh, who calls himself “a painter who dances,” will perform Odissi dances in his show So Many Journeys at 7 p.m. Friday at the Englert.

Singh’s performance is composed of varying choreographies of Odissi, a traditional Indian dance that he said has been around since the 2nd century B.C.

“There’s been lots of adding and input from each generation,” Singh said. “And the dance tradition is like a river, it’s not static. It keeps flowing. It is contemporary to those practicing it at a given time, as it applies itself, given the mind is cognitive of it. For instance, we have issues with climate change and question how to solve it. For me, I see it through that lens. It’s what you’re currently living through in that moment.”

During So Many Journeys, Singh notes that there are five pieces of the performance, with the fourth being a short film of his own creation.

“It revolves around ruins of a fortress that was built in the 1700s in Mohali, Punjab,” he said. “Throughout it, I’m looking at architecture and how land is passed on from one generation to the next. Also added in the film are found footage of other older architectural units from India, thus concocting the idea further. I’m also using the film as a reference point to the body, how bodies interact with each other. When I dance, I see a body in space.”

As an undergrad in Delhi, India, Singh studied design, regional design, and painting. While there, he began to study the art of Odissi with his guru, Madhavi Mudgal, a world-renown Odissi dancer.

“Learning Odissi was, and is, a powerful journey to understanding Indian philosophy in its practicality, particularly the knowledge of yoga-sutras,” Singh said.

He continued to craft his art with his guru for eight years until he was granted a painting fellowship at the University of Iowa. He had to continue practicing on his own, without his guru.

“It was a challenge to claim myself initially without my guru but practicing on your own gives you an ability to reflect and critique deeper,” he said. “And that is the true test of the dance form like Odissi.”

With his grad-school years behind him, Singh has found a new stomping ground for his visual and dance art in Brooklyn, New York.

“My dance informs my painting profoundly, because in a way, dance is a moving painting — it’s powerful to the core level of existence,” Singh said. “They become one complexity with real ‘interexchange.’ ”

Hence, the painter who dances.

“My art is one coin but with two sides,” Singh said. “It takes time for it to develop, and it’s all about how you digest it. As an artist, you’re investigating all the time in it.”