Who’s considering a 2020 run for Dave Loebsack’s seat in Congress?

Since Rep. Dave Loebsack, D-Iowa, will not be seeking reelection, a number of political leaders are contemplating running for Congress in 2020. 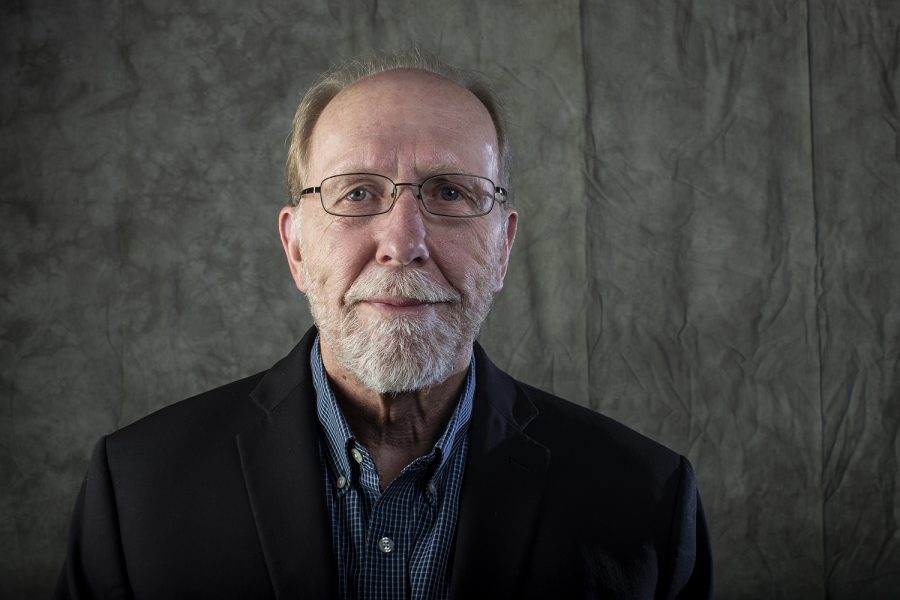 Representative Dave Loebsack stands for a portrait at the Daily Iowan newsroom on Sunday, September 23, 2018.

After Rep. Dave Loebsack, D-Iowa, announced he wouldn’t run for re-election on April 12, his seat representing Iowa’s 2nd Congressional District will be up in the air in 2020. A range of Iowans have said they are deliberating competing for his position in 2020.

Sen. Zach Wahls, D-Coralville, said he was considering entering the 2020 race at a Davenport political panel on April. However, he said in an interview with The Daily Iowan he has not reached a decision.

“It would take more consideration than I’m able to give right now considering that we are still in the legislative session, and I’m working hard for folks in Des Moines,” Wahls said.

If Rita Hart, a former state senator from Clinton County,  joins the race, it could affect Wahls’ decision. He said he would support her 2020 run 100 percent.

“I think she would make a great candidate for Congress,” he said.

Yesterday, I had a great conversation with my friend Rita Hart (@hart4senate) — a former state senator and Lt. Gov nominee — about the future of Iowa. If she chooses to run for Congress, she will have my full support. She's smart, tough, and a terrific fit for #IA02.

Hart, who unsuccessfully ran for lieutenant governor in 2018, is widely being considered a potential candidate to represent Iowa’s 2nd District. She has not publicly confirmed her plans, though she did change her Twitter handle from @Hart4Senate to @RitaHartIA, Democratic blogsite Iowa Starting Line noticed.

Ian Russell, a Democratic attorney from Davenport, said he also thinks Hart would do a great job for the Democratic Party if she were to run for Loebsack’s seat in 2020.

Russell said he is weighing his own bid for Congress but is still contemplating how it would affect his family.

“The big thing is deciding if I want to be an even more out-of-town dad,” he said. “It’s a big decision. It’s something that my family and I are talking about, but we haven’t gotten any farther than that.”

Christopher Peters, who ran against Loebsack in his last two elections, said he has definitely not ruled out pursuing Loebsack’s seat. The Republican surgeon is vacationing in Italy at the moment and not currently giving the issue extensive thought, he said in an email to The Daily Iowan.

RELATED: Dave Loebsack announces he will not seek reelection in 2020

Sen. Kevin Kinney, D-Oxford, said he is also thinking about running but has not decided one way or the other at this time.

Iowa City’s Yotopia owner, Veronica Tessler, said she is “strongly considering” competing to represent the district. Tessler is involved with the Democratic Party in the area and most recently hosted presidential-nomination candidate Rep. Tulsi Gabbard, D-Hawaii, for a political event at Yotopia Tuesday.

The names of a number of others in Iowa’s 2nd District have been brought up as potentially joining the race. Some observers speculate that Sen. Mariannette Miller-Meek, R-Ottumwa, Sen. Roby Smith, R-Davenport, Republican Fort Madison Mayor Brad Randolph, 2018 Democratic gubernatorial candidate Cathy Glasson, and Sen. Joe Bolkcom, D-Iowa City, could be potential candidates. They were not available for comment at the time of publication.

Loebsack, 66, has represented Iowa’s 2nd District in the House of Representatives since 2007, and he will finish his seventh and final term in 2020. The district consists of voters in Iowa City, Davenport, Muscatine, Clinton, Burlington, Ottumwa, Fort Madison, Oskaloosa, Bettendorf, Newton, and Pella, plus many rural areas.

Sen. Chris Cournoyer, R-Le Claire, said she has been flattered by the number of people reaching out to her about running for Congress, but she is going to take more time before coming to a decision.

“For that many people to contact me and ask me, I think I owe it to them to at least think about it — so that’s what I’m doing,” she said. “But right now I’m focused on finishing up my first year in the Iowa Senate. Obviously, a decision like this is a big commitment, and I need to take the time to consider the impact on my family.”