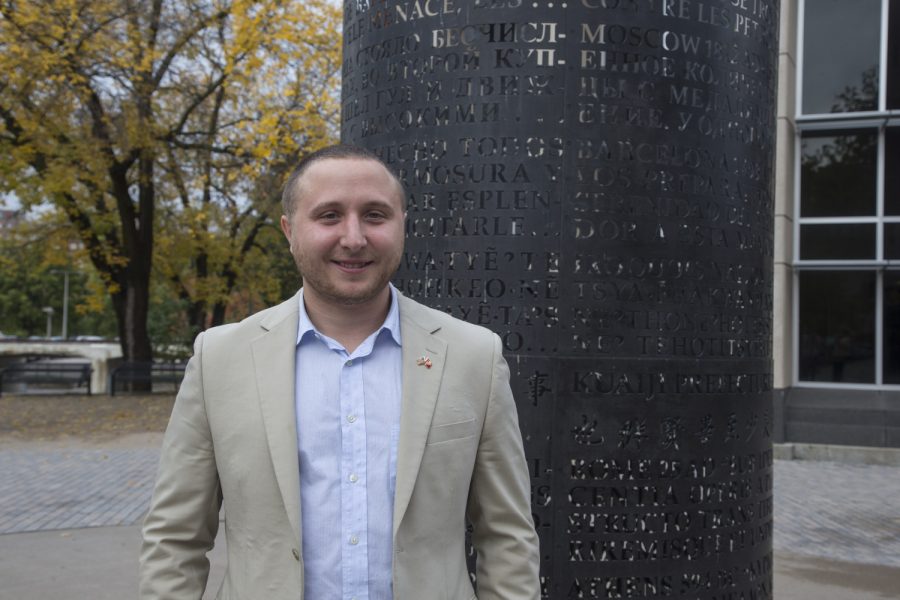 Patrick Wronkiewicz poses for a portrait outside of the Adler Journalism Building on Wednesday Oct. 10, 2018.

Since Rep. Dave Loebsack, D-Iowa, announced he wouldn’t run for re-election in the 2nd District, there has been much fanfare and speculation over who might run for Congress to replace him. While many names have been floated for both Republicans and Democrats, there is one potential candidate who shouldn’t be ignored: Patrick Wronkiewicz.

In 2018, Wronkiewicz ran for the Iowa Senate as a Republican in District 43. This district contains most of Iowa City and is arguably the most left-leaning district in the state. While he wasn’t victorious on Election Night, his performance was quite remarkable considering the odds of running in a heavily Democratic district.

Wronkiewicz has many strengths that other potential candidates can’t bring to the table. Just as with Sen. Joni Ernst, the biggest strength he brings is his military service. From 2011-15, he served in the Marine Corps. Being willing to give your life in defense of our nation is a leadership trait that can’t be replicated. In Congress, Pat will proudly represent all southeast Iowa by bringing honor, courage, and commitment to Washington.

Another strength is Wronkiewicz’s youth. He ran for the state Senate during his final semester at the UI, and he would bring a vibrant, youthful energy to Congress that would help us bridge the gap into a new era of representation. As a student myself, there was a serious buzz on campus about the unique ideas he wanted to bring to our district.

Finally, he is extremely savvy on social media. During the campaign, he posted a video on social media every day about an important issue. Without consultants or party officials, he spoke intelligently in more than 50 videos on key issues facing his district. Additionally, on Facebook’s Ad Library feature, I found dozens of paid social-media ads with unique messaging for key demographics.

The bottom line is that Wronkiewicz has technical know-how to leverage a new messaging platform that many well-experienced politicians don’t understand.

For the future of our country, I hope Patrick Wronkiewicz runs for Congress. The 2nd District needs more than an average politician. As a millennial military veteran who ran for office while still in college, Wronkiewicz is far from average.

When looking for politicians to replace the retiring Loebsack, I strongly urge the reader to consider Wronkiewicz as our future representation in Congress.