The Hawkeye men's golf team had an impressive showing over the weekend, taking home first place at the Hawkeye Invitational, while the women finished 14th at the Big Ten Championships. 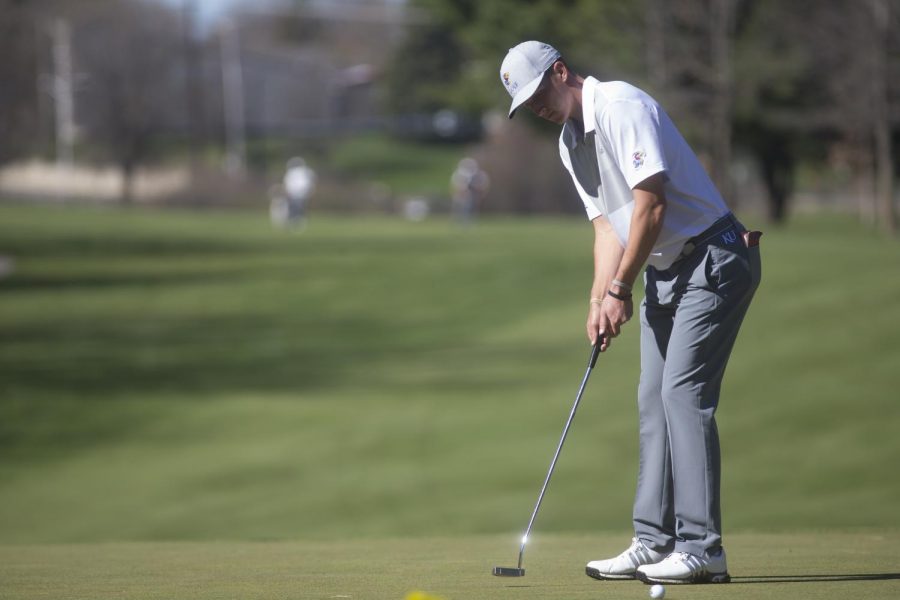 The Iowa men’s golf squad destroyed its previous 54-hole record by 24 strokes, shooting a 43-under 809 to win the Hawkeye Invitational at Finkbine on Sunday.

The victory is Iowa’s first since the 2015 GolfWeek Conference Challenge, in which it placed first out of 15 teams.

Senior Matthew Walker and Alex Schaake tied for first with a 14-under 199, while junior Benton Weinberg also finished sixth, shooting a 204 (9-under).

“All five guys chipped in and we had a lot of low scores,” Iowa head coach Tyler Stith said in a release. “To have two individual medalists and the team championship is special. I am happy for Matthew and Alex because being able to sweep all the first-place trophies this week is pretty cool.”

Schaake posted his 16th round at or under par on the season, which leads the team. He carded a 64 (7-under) on Sunday – the third-lowest 18-hole score in program history.

“I have had so many second-place finishes and just needed to get the job done once to know I can win,” Schaake said in a release. “I am extremely happy with our team and how we battled today. We finished out on the closing holes well. The course was in amazing shape, which is always helpful. I hit a lot of good shots on the back nine and stayed patient. To set the school record in front of our fans and families makes this even more special.”

For Walker, the tournament marked his second top-10 and fourth top-20 performance of the season. His Sunday 66 (5-under) was his third-straight round under par.

“We had six weeks off coming into this tournament and we played really well as a team,” Walker said in a release. “It was nice to share medalist honors with Alex. It is incredible to have that [school] record. We both played really well all week. I was patient this week.”

The Hawkeye women, on the other hand, finished 14th at the Big Ten Championships. Manuela Lizarazu paced Iowa with a 36-hole score of 151 (7-over).

Ohio State took first with a 1-over 575, and Illinois, Indiana, and Purdue tied for second with scores of 578.

“This finish really hurts, and I know our team is disappointed,” Iowa head coach Megan Menzel said. “We had a tough year competitively, but I can say we battled until the last hole today.”