Nearly 50 years later, a Carole King album still has a resounding effect on a UI professor. 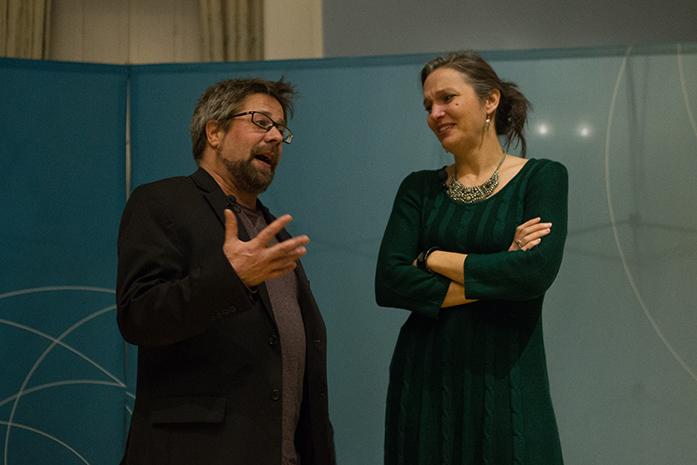 In 2021, Carole King’s landmark album Tapestry will celebrate its 50th anniversary. In the fall of 2020, Bloomsbury will publish a book by University of Iowa English Professor Loren Glass on the album’s achievement and legacy.

The book will be part of 331/3, a series of short books about popular music, focusing on individual albums. In 2016, UI Professor Kembrew McLeod published a 331/3 book on Parallel Lines, by Blondie.

Glass was inspired to write about Tapestry because of its effect on his mother.

“[Tapestry] is on the top of the list of albums I associate with my mother … She still lives in the Bay Area, and I plan to dedicate the book to her,” he said. “Another reason for my interest in the album, both personal and on some larger level, political and historical, [is that it] was the age of a certain kind of single-mother experience because of women’s liberation, and I feel like in some ways my mom and me were going through an analogous experience to Carole King and her kids.”

Glass said such songs as “It’s Too Late” and “You’ve Got a Friend” resonate with the experience of divorce and the “experimental families of the ’70s.”

‘‘It has meaning for me in terms of my mom’s particular kind of devotion to me as well as her struggles with me as a lesbian feminist mom of a male child,” he said. “[Tapestry] seems iconic of a certain journey that women of that generation went on and that we as kids had to go on with them, because we were their kids.’’

King’s music was also the soundtrack for his family’s political life, as it was for many women at the time, Glass noted.

‘‘She also had a consciousness-raising group that did various sorts of chants and rituals that I also associate with that album … We just watched the Hyde Park performance of it [recently],” he said. “Listening to it again was like a reconnection to what we had gone through in those years. It felt like an affirmation of the women of my parents’ generation and the changes that they helped effect.”

Glass’s mother was an activist in the women’s movement and in the gay community, which, Glass said, he recently grew to appreciate fully.

On the title song he sings, ‘‘Smokin’ a heavy dose of Carole Queen.’’

Fleming felt a connection between King’s declaration of independence on Tapestry and his first solo album as Gloom Balloon after playing in bands for so long.

‘‘When I get into a writing slump, I can always put on Carole King and feel inspired to do something … There’s nobody else who can write songs like her,” he said. “Her importance will live on, if you like music, forever. On Tapestry, she hits every emotion you can have. It’s all there.’’

King is also an inspiration for Zoey Wagner, a Chicago artist and community organizer from Des Moines, who focuses on advocacy for women and LGBTQ people in the arts. Wagner manages bands and books tours and has been festival director of Femifest for five years, a music fest “promoting the safety and liberation of marginalized artists and fans.”

Wagner sees a connection between King and contemporary artists such as Ariana Grande and Taylor Swift in the honesty and fierceness of their music and in the shared theme of perseverance.

‘‘I’ve always had this intense fascination with pop music and the power that pop music has to shift a culture’s way of thinking,” Wagner said.

‘‘That kind of honesty is what I strive for when I’m creating art spaces and shows … It’s always been really inspiring as to why I do what I do and why it’s worth it.”