Halfway through the multi-events at the Bryan Clay Invitational, three Iowa track athletes have had personal bests. 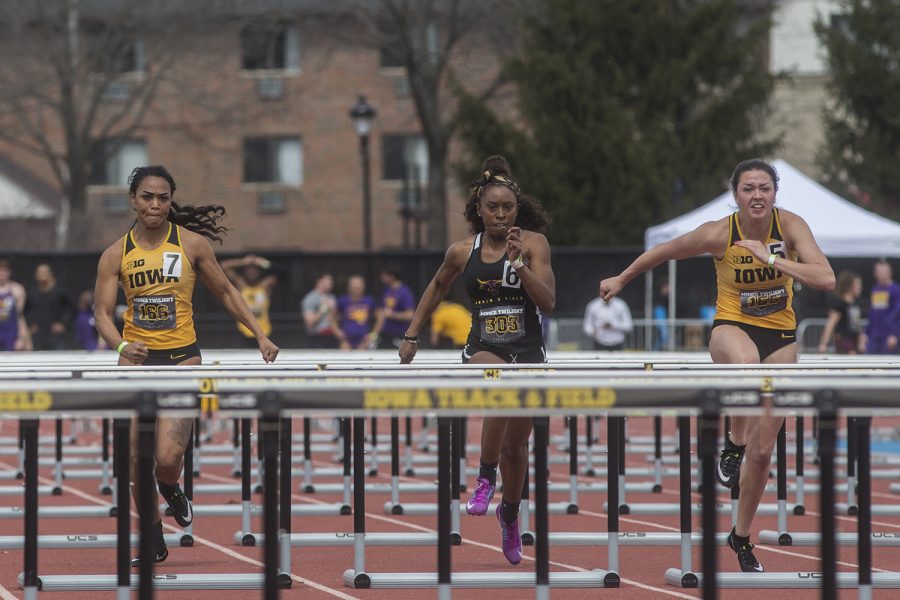 The first day of the Bryan Clay Invitational has come to a close for Iowa track and field. The Hawkeyes sent three multi-event athletes to Azusa, California, to take part in the meet.

Tria Simmons and Jenny Kimbro competed in the heptathlon for the Iowa women, and Peyton Haack is displaying his all-around talents in the decathlon.

Through four events of the heptathlon, Kimbro is in fifth with 3,477 points. Simmons is just a few spots behind on the leaderboard, positioned in eighth with 3,422 points.

Both athletes had memorable performances in the 100-meter hurdles and 200 meters, as each set a personal best in both of the events.

Haack joined the two women with a personal bests of his own, jumping 6.68 meters in the long jump and 1.87 meters in the high jump.

Haack sits in 13th place through five events with 3,658 points.

Competition will resume at the Bryan Clay Invite at 8:00 a.m. tomorrow.