TaJuan Wilson, who wants to create a “paradigm shift” in diversity programs at the UI, will assume his position June 28. 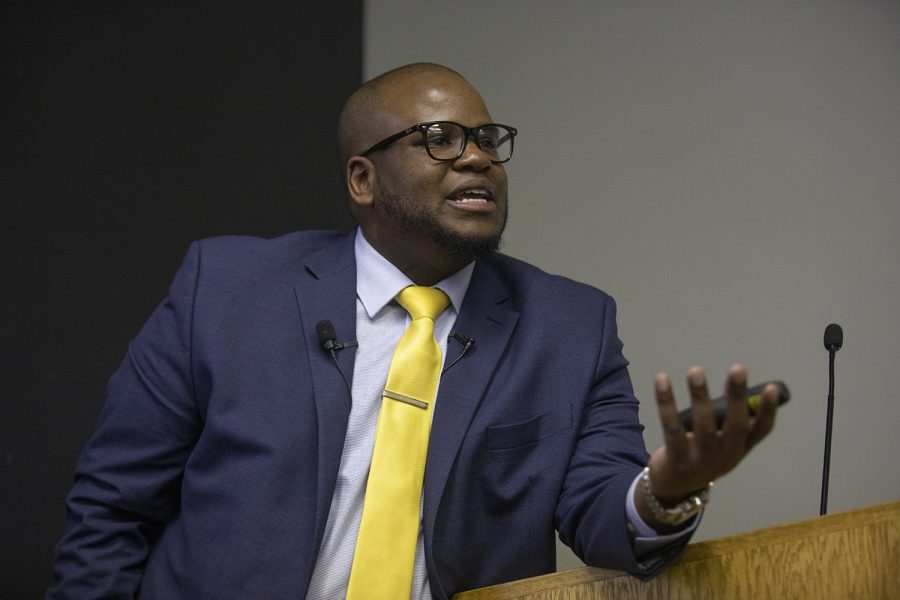 TaJuan Wilson has been chosen to become the new University of Iowa associate vice president for diversity, equity, and inclusion. He will assume the position on June 28 after being approved by the state Board of Regents.

“I’m excited to be joining a university that is asking the tough questions and is ready to act on what it is hearing from the community,” Wilson said in a press release. “My hope is through assessment and education, we can build and cultivate pipelines to increase diversity among our faculty, staff, and student body and create a more culturally conscious campus.”

“Dr. Wilson has demonstrated skills and experience with diversity, equity, and inclusion initiatives that will enable him to work collaboratively across different sectors of the university,” said Professor Claire Fox, the leader of candidate search and chair of the UI English Department, in a press release.

“He’s a passionate leader with an impressive track record of using data to assess and improve campus culture; weaving diversity, equity, and inclusion into every unit on campus; and advocating for students of diverse backgrounds, identities, and experiences,” said Montse Fuentes, the UI incoming executive vice president and provost, in the press release.

During a forum at the UI, Wilson shared his vision of a two-step “paradigm shift” for UI diversity programs. The first step is to expand the opportunities provided by diversity programs, and the second step is achieve inclusive excellence. Wilson said he is not afraid to be held accountable.

The UI Chief Diversity Office is also trying to shift the paradigm from diversity to diversity, equity, and inclusion.

“I’m going to make sure that we create an environment where we not only ask the tough questions but actually do something with the information,” Wilson said at the forum.

“At my current institution — it is important to note there are 3,000 students but 14,000 employees. Your first day on the job, you have your eight hours of mandatory diversity training,” Wilson said. “I would like to see the same system implemented at the UI. I would probably start with our student leaders and faculty and staff across the board and additional training to supervisors across the board.”

Wilson said he is committed to making fundamental changes to how diversity programs are treated at UI and knows that this task cannot be done alone.

“My vision starts with creating an environment where [diversity] work is the responsibility of every community member,” he said.

Brooklyn Draisey contributed to this article.