Newby: Solo female travelers can’t be stopped, but they can be safe

The number of solo female travelers surges forward with stories of violence against women -- but that doesn’t need to stop women from traveling independently. 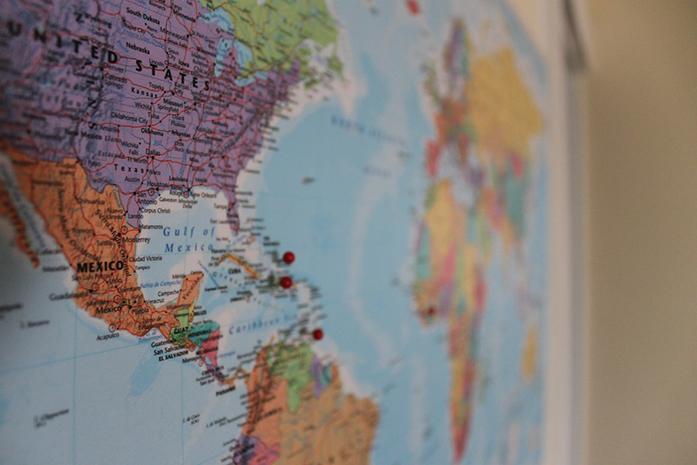 Headlines of stories pertaining to female travelers scattering the globe hone heart-wrenching stories of assault, trauma, and even death. And while the stories of those whose travels have been interrupted by the violence against women are well-known and plague the world, the number of female travelers still surges as they continue their solo expeditions with both caution and resilience.

Memoirs and media alike bring tales of exhilaration and self-discovery as borders are crossed with suitcases in tow. Stories such as Wild, by Cheryl Strayed, and Eat Pray Love, by Elizabeth Gilbert, motivate the adventure-seeking hearts of women, young and old.

And with inspiration embedded in such storytelling, readers and audiences of this age of solo female travelers begin looking into what this kind of independent travel is all about.

According to the Travel

On Instagram, there are more than 100,000 posts with the hashtag #solofemaletravel — and the number continues to climb. TripAdvisor reported in 2015 that 74 percent of women had either planned on traveling solo or had traveled solo.

The New York Times released a story near the end of March spanning several different tales of globe-trotting women who stepped forward and shared their experiences as fiercely independent solo travelers.

But with their travels, these women offered insight into the fact that bravery does not mean defiance of rules or regulations, courage does not discard caution, and women do not need to trade their inspiration for ignorance.

Clutching boarding passes and dust-covered suitcases while trailblazing through coastal villages, spanning skyscrapers, or gathering a pocketful of experiences does not mean women need to forfeit what has been taught in D.A.R.E. or self-defense classes. But it also doesn’t mean that they should hide away and refrain from traveling at all.

There can be a balance between flinging ourselves out into the world with an empty notebook in hand and heart full of hunger and hiding ourselves away.

When it comes to being a woman, a certain level of risk is involved no matter what it is that we do — especially when we’re flanked by statistics telling us that danger awaits us around every curve, every bend, and on the other side of customs.

But traveling independently requires traveling wisely with safety as the frontrunner in all that we pursue.

According to stories shared in the Times article, some of the female solo travelers featured made sure they were accounted for at all times during their time abroad — ensuring that someone knew if they were out and about, winding through city streets, or holed up in their hotel room working on an assignment.

These solo female travelers inquired about the safest locations for dinner spots, cafés, and even places to stay the night. And even the Travel Trends 2018 Report explained that safety was the biggest concern for women when traveling alone — regardless of where they were going or where they were coming from.

And so, experiences and stories don’t need to be squandered from intimidating statistics of assault and the harsh reality of violence against women. But the conversation must continue carrying the weight of worry that women often crumble beneath as they take to train stations, airports, and interstates.

Safety must always precede adventure, and caution must always carry the courageous woman forward — even in the most fearless of expeditions.