Neal: Abortion: Can it unite us instead of divide?

As extreme anti-abortion legislation takes social media by storm, and the abortion discussion grows more and more polarizing. Is there any way to find common ground? 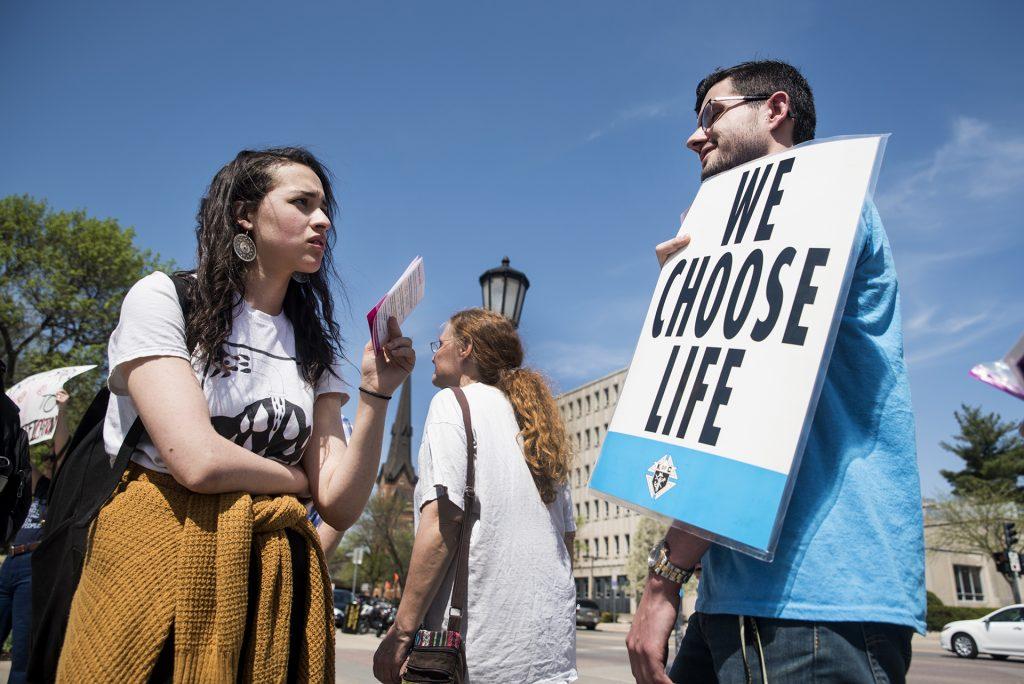 When a bill was proposed in the Texas House that could engender the death penalty for women receiving abortions, the nation’s pro-choice and pro-life populations erupted in a seemingly never-ending discourse.

We saw our own version of this uproar here in Iowa when the state was en route to pass what would’ve been the nation’s most restrictive anti-abortion bill to date. The fetal-heartbeat bill, of course, was then struck down by a state judge in January.

So with all this debate, I can’t help but wonder one thing: If so many of us are out here discussing abortion, why is its debate still seen as taboo?

Some might argue it’s not taboo at all — that too many people won’t shut up about it. I mean, that’s a fair point. When the proposed Texas bill hit social networks, I thought it would break the internet.

Even still, it’s an uncomfortable subject. It’s an issue so powerful that it literally polarizes the political realm to the point of some pro-lifers suggesting the DEATH PENALTY. (Yes, because in 2019, there’s nothing more pro-life than killing someone.)

I guarantee you someone in your life has been impacted by abortion — maybe that person is you. The point I’m trying to make here is it’s OK to talk about abortion and what makes it such a divisive discussion.

We can’t keep having such false, preconceived notions and noncivil discourse to the point of national uproar.

Listen, I’m pro-choice (as a Democrat, totally shocking.) But I know for a fact it’s not fair to say that all pro-lifers support this Texas proposal.

I also don’t think it’s fair to say that just because you’re pro-life, you are anti-women’s health.

Now, do I like a bunch of old, stuffy white men sitting around making laws about my uterus? No.

Because that, to me, makes no sense. But we have to stop jumping to these extremes and running in circles having nonconstructive debates about this issue.

As someone who’s pro-choice, I must say, that doesn’t mean I’m necessarily pro-abortion. It means I know that abortion will take place whether it’s legal or not.

Would I rather a woman seeking an abortion get one by a licensed physician or by completely unsafe, desperate measures?

That answer seems clear. As many before me have said, let’s keep abortion legal but make it safe and rare.

I also feel obliged to acknowledge that the idea of being pro-life isn’t an awful one. I get it.

If you truly believe life begins at conception, I understand the stance. But to completely drown out the left — the pro-choice persons, many of whom strongly believe that life develops further down the line — just doesn’t seem like a productive action.

We must discuss, educate, and understand each other — or at least try — or the topic of abortion will continue to polarize and divide our united nation.