The Muscatine native will go through the NBA feedback process for the upcoming draft in June. 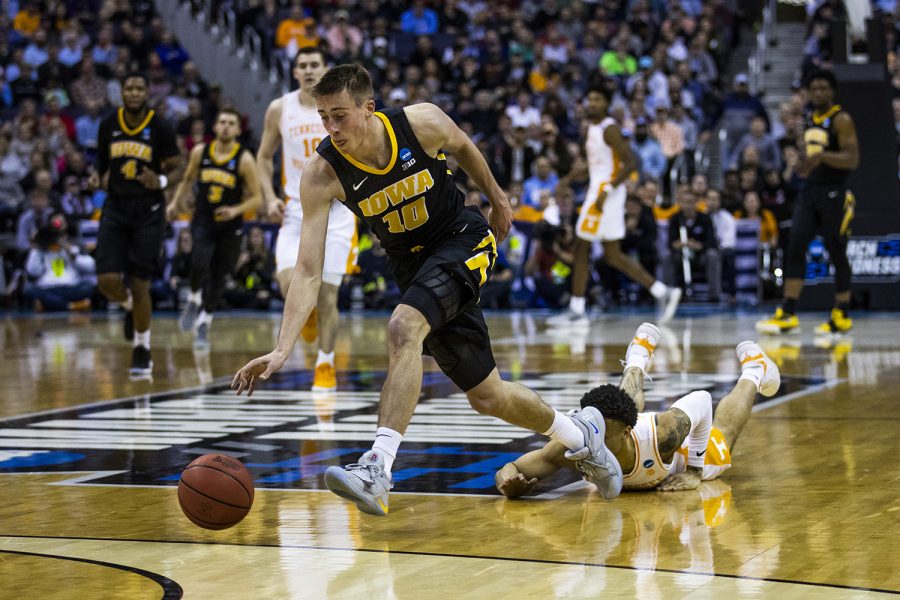 Iowa guard Joe Wieskamp steals the ball away from Tennessee guard Lamonte Turner during the NCAA game against Tennessee at Nationwide Arena on Sunday, March 24, 2019. The Volunteers defeated the Hawkeyes 83-77 in overtime.

On Thursday, Stadium’s Jeff Goodman tweeted that Iowa freshman Joe Wieskamp will receive feedback from NBA teams regarding the upcoming draft on June 20.

Wieskamp averaged 11.1 points, 4.9 rebounds, and 1.1 assists in his first season with the program.

He scored 20 or more points on four occasions this season. His career-best mark is 24 points, which he accomplished twice (against Savannah Satte on Dec. 22, 2018, and Illinois on Jan. 20).

Last season, both Tyler Cook and Isaiah Moss declared early for the draft, going through the process as well. Both returned after receiving feedback.

As Goodman wrote, Wieskamp is expected to return to the Iowa program next season.