Research shows college students may be uninformed about their majors

Developing research suggests that many college students choose to major in subjects because of randomly assigned classes and not necessarily because they enjoy it. Or they may struggle to choose a major entirely. 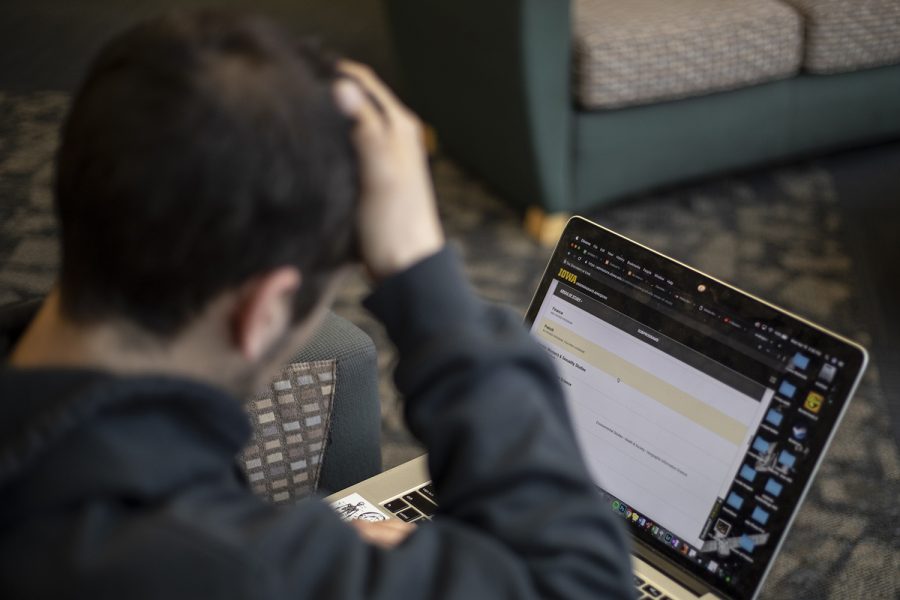 From the time students first step on college campuses, the race is on for them to declare majors. Whether from advisers, friends, parents, or themselves, university students are typically pressured to enter as a predetermined major, or an open, impressionable major.

According to working research at the University of Maryland, students who may be ambiguous about their area of study, and at a point where they have to make a decision, are twice as likely to choose the subject of an assigned class in that semester.

“There are fields that certainly need degrees, so there are credit fields where that major choice is certainly important,” UI Associate Dean of University College Andrew Beckett said. “I think an interesting thing to think about is what majors do first-year students even know about?”

Approximately 10 or 11 percent of UI students come in as open majors, he said, and he believes very few freshmen are actually aware of the 200 majors available to them on campus. General-education classes, co-curricular options, and more, he said, help them explore.

“I think those types of experiences really shape students, too,” Beckett said. “We’re in the process of doing a better job of giving tools to students. I would hope students feel confident about making those changes, using resources, and talking to advisers.”

One of the messages the UI administration is trying to embolden in students, he said, is that being an open major is perfectly acceptable. Unlike in the past, he said, students are likely to have more than one career going forward.

Although many students complain about their general-education requirements, Beckett said, courses that students might not otherwise take unless forced to do so make for more well-rounded minds.

He said that a primary reason students may change majors, or simply become open majors, is because they begin to develop their own values on a university campus. External pressures might persuade students to follow one path, but varying curricula might change their minds.

Research from the University of Memphis proves this point, saying that on the average, 37 percent of students switch their majors over the course of their college careers.

“I think it’s just people finding themselves,” UI Senior Associate Registrar David Johnson said. “If they try a major, and it’s not what they thought it would be, they’re just going to keep on looking. There’s nothing wrong with that — eventually, you’ll find your niche.”

Johnson reinforced the idea that general-education requirements broaden a students’ senses, not just prompting a major change but also preparing them for the workforce and the world.

UI student Olivia Krecklow, a recent convert to open major, said it was the overwhelming number of science and math classes that were required in her first semester of college, which ultimately showed her she was not actually interested in pursuing the pre-med track.

“I thought being a doctor was my dream,” Krecklow said. “I was hating chemistry and those classes because I wasn’t exposed to anything else.”