Gustafson taken in second round of WNBA Draft

Iowa center Megan Gustafson was taken in the 2019 WNBA Draft on Wednesday by the Dallas Wings. 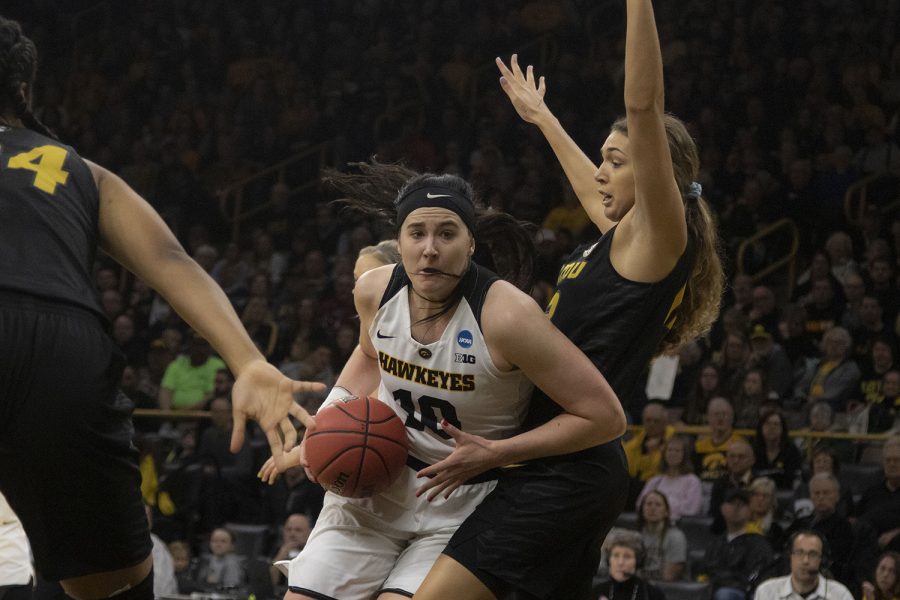 Iowa center Megan Gustafson drives to the hoop during the Iowa/Mizzou NCAA Tournament second round women's basketball game in Carver-Hawkeye Arena on Sunday, March 24, 2019. The Hawkeyes defeated the Tigers, 68-52.

Iowa women’s basketball senior Megan Gustafson was taken No. 17 overall in 2019’s WNBA Draft on Wednesday. The senior was taken as the fifth pick in the second round of the draft, falling to the Dallas Wings.

“Dallas is getting a player who is going to work hard for them, someone who loves the game of basketball, and someone who never gives up,” Gustafson said.

Gustafson concluded a dominant season with winning the Naismith Player of the Year award last weekend. Along with that honor, the senior was named the player of the year by both ESPNW and the Associated Press. A stellar 45-point performance in the Big Ten Tournament Championship on March 10 tied for the most points scored in a Big Ten Tournament game.

“I’m so proud of her,” head coach Lisa Bluder said. “I’m proud of what she has accomplished and all that she will accomplish. She’s going to do really well.”
Gustafson will join the team alongside Notre Dame’s Arike Ogunbowale, who was taken by the Wings in the first round of the draft.

The Wings finished fifth last season in the WNBA’s Western Conference, enough to qualify for the playoffs. Along with Ogunbowale, Gustafson will join college standouts such as Skylar Diggins-Smith and Liz Cambage.

Most mock drafts had Gustafson falling in the late first round, so she fell slightly below where analysts were projecting. Gustafson will have much to prove on the next level; analysts believe her quick footwork to be effective in the college level, but look for length on the professional stage.

“Dallas is a great team, and I know they’re going through some changes right now,” she said. “I’m more of being on the block and trying to use my footwork, but at the same time I can extend my range. Hopefully I can continue working on that, but I’m just really excited for this opportunity.”

The Wings debut their season on May 24 with a regular season game against the Atlanta Dream.