This weekend, the UI Dance Department, in collaboration with the National Advanced Driving Simulator, will present There Are No Accidents: Crash Dance, which explores the art and science to human error in a technology-programmed world. 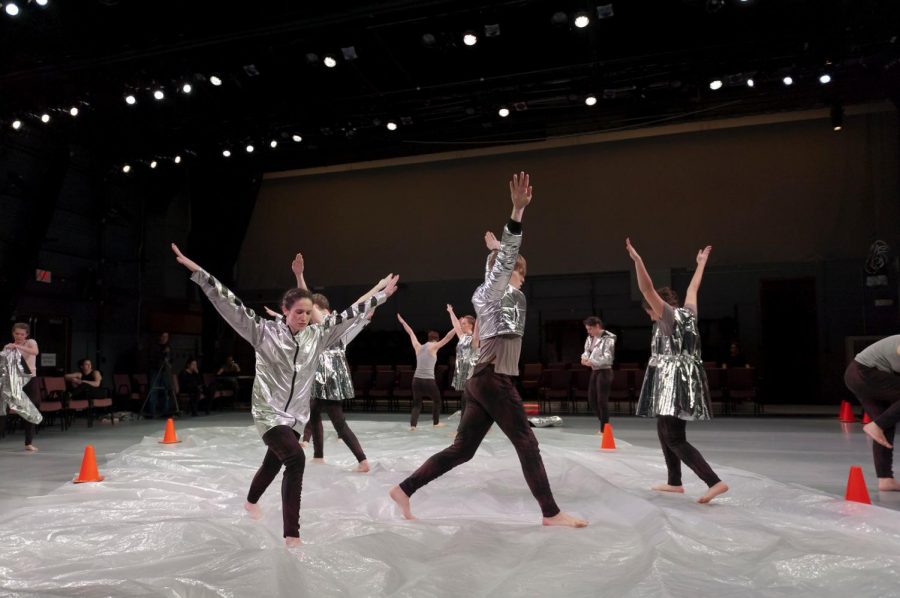 The word “crash” evokes images of twisted metal and totaled cars. Some crashes are mere fender-benders. Some are tragic. Collaborators at the University of Iowa have decided to explore a different type of crash, however — a collision between the arts and sciences, between engineering and dance, to explore what human error is really about.

Today, Friday, and Saturday at 8 p.m., the National Advanced Driving Simulator and the Dance Department will produce a show exploring this concept called There Are No Accidents: Crash Dance. The performance is in Space/Place and is free and open to the public.

“It’s a collaboration between dance and engineering, and it’s called There Are No Accidents,” dance Assistant Professor Christopher-Rasheem McMillan said. “The original premise is that when people say they had a car accident, it’s not an accident, it’s a human error. People were not following rules, or on their phones, or something else.”

McMillan emphasizes, however, that although the event is inspired by car crashes; it is not human dancers representing physical crashes. It’s about the complexity of space and human error.

RELATED: Steven Tepper on how the arts are the secret to a happier society

“The dance is not humans being pretending to be cars,” he said. “Cars try to occupy the same space and time as people do. That’s the same thing that choreographers work with — we try to keep bodies in the same space and same time without colliding.”

The show “programs” the dancers to respond with specific movement to certain sound and light stimuli, just as cars are programmed to respond to coded stimuli.

RELATED: ‘Whipped Cream’ swirls into Hancher with classical ballet made for adults and children

The added complexity is that the soundscape every night is created and changed as the performance ensues. Thus, the humans performing on stage must act in response to the flux in music.

“The complication comes with the fact that the music is unique every night; usually dance demonstrates things,” McMillan said. “[Dance is usually] about a thing, it’s not the thing. This dance is the thing. It’s using the actual code that the engineers use.”

If the dancers are not specifically given cues, such as cars and machines, they are not in movement. The general blocking of their movement is the same, however their specific movements and nuances are directed by the “coding” of the music for the night.

“The structure of the pattern in the space they make is the same, but some are blindfolded, some are waiting for the sound,” McMillan said. “If that sound doesn’t appear in the soundscape, they don’t do that gesture. They have to be thinking in real time.”

The music is not the only original aspect of this collaboration. The costume, choreography, and overall concept in general are unique to Crash Dance.

“We’ve been working on it for a year,” McMillan said. “That involves original costumes, original music, original dance-making. The electronic composer is performing and responding. People are making decisions in real time about what they’re doing. It’s just a different dance every night.”

Through dance, the Dance Department hopes to explore the sciences and human error in a unique way.

“I think dance can do more; dance can invest more, it can move in different directions,” McMillan said. “It’s not only about stage things. It can offer information to the sciences in ways they haven’t thought about it. It’s compact, innovative; nothing like this has been done before we’re paving ways at the University of Iowa.”