A bill to require that employers check their employees' immigration statuses online was passed by the Iowa Senate Tuesday. 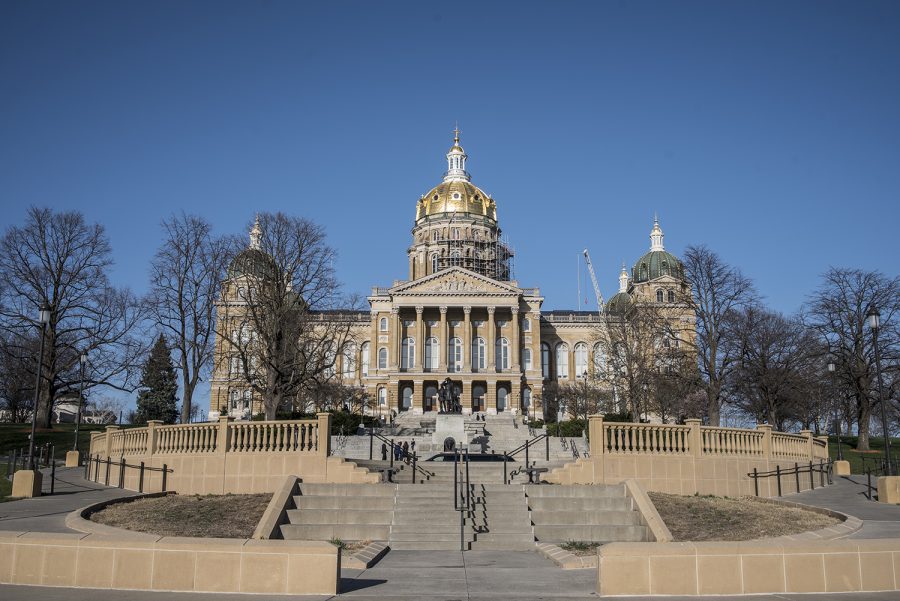 The Capitol building in Des Moines is pictured on April 29, 2018.

The Iowa Senate voted on Tuesday evening to mandate that employers in Iowa verify their employees’ immigration status online.

In a 33-14 vote, the legislation calls for the use of the online system, E-Verify, to curb the hiring of immigrants who are undocumented in Iowa. E-Verify, which is maintained by the Department of Homeland Security, uses the Social Security and Homeland Security databases to authenticate Form I-9 hiring information.

Under federal law, the option to use E-Verify while hiring is at the discretion of employers. However, the use of E-Verify is mandatory in 22 states and for all federal employees, according to the Migration Policy Institute.

The bill, which passed mostly along party lines in the Senate, is now awaiting approval in the House.

The bill, Senate File 516, gained momentum after Cristhian Bahena Rivera, who is charged with murder in the slaying of UI student Mollie Tibbetts, was found to be working at Yarrabee Farms as an undocumented immigrant. The farm owners acknowledged they did not use E-Verify to assess his legal status.

Sen. Julian Garrett, R-Indianola, introduced the E-Verify bill in January. In his statement on the Senate floor Monday introducing the bill before postponing a vote until Tuesday, Garrett said he has talked to many employers who use E-Verify and they have found it to be a quick and easy system. He said the error rate of E-Verify is negligible, and there are provisions in place to make corrections if someone is improperly identified as undocumented.

“The present situation is very unfair to both legal workers and law-abiding businesses that want to comply with the law,” Garrett said on the Senate floor Tuesday.

According to E-Verify, 16 out of 1,000 tested are incorrectly not authorized for employment by the system.

RELATED: Iowa employers would be required to check employee immigration status with E-Verify under bill

Sen. Nate Boulton, D-Des Moines, urged the Senate to vote against the Garrett’s bill Tuesday on the ground that it doesn’t address E-Verify’s reliability problem. Iowans who are falsely identified as undocumented by E-Verify could lose their jobs or face delayed employment, he said.

Sen. Zach Wahls, D-Coralville, said he was concerned that Iowans whose employment was delayed from being unfairly rejected by E-Verify could lose their Medicaid coverage or be forced to go on food stamps.

“I think a lot of Iowans will be hurt by this [legislation],” he said.