Iowa City reacts to legislation that would prohibit rental caps

A bill in the Iowa Legislature would prohibit cities from employing rental caps locally, which Iowa City uses to prevent overcrowding in neighborhoods near campus. 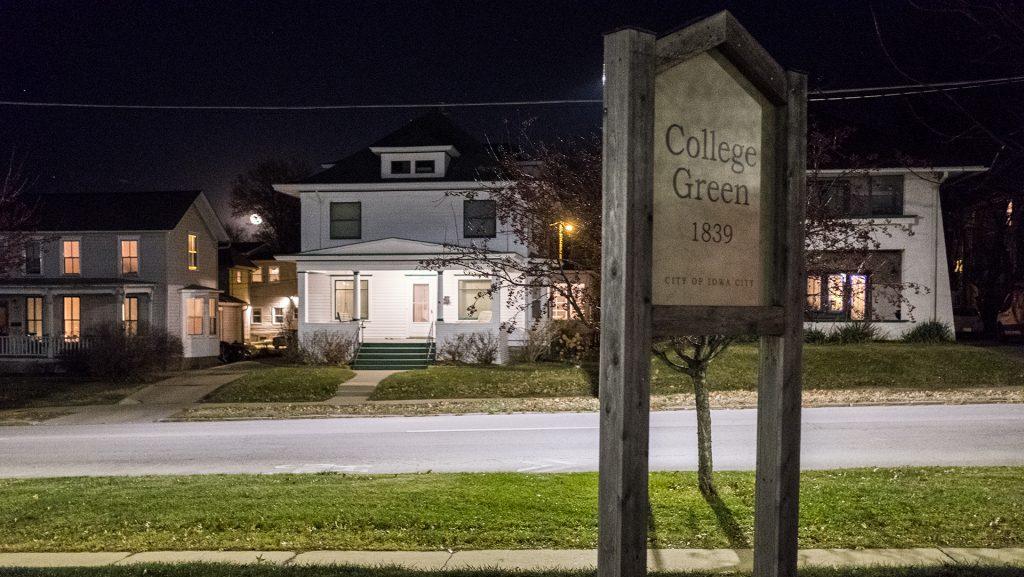 Houses in the College Green Neighborhood are seen on Tuesday, Dec. 5, 2017.

A bill moving through the Iowa Legislature could affect the way Iowa City addresses overcrowding in neighborhoods with a high potential for rental properties.

Senate File 447 would prohibit cities from establishing rental caps, which are limits to the number of rental permits that can be given to single-family homes and duplexes in a certain area.

Iowa City has rental caps in place mainly in neighborhoods near the University of Iowa campus, such as Riverfront Crossings, Bowery, and College Green. These caps mandate that no more than 3 percent of the single-family homes in a neighborhood be rental properties.

The goal of the regulation is generally to prevent congestion and overcrowding in neighborhoods near campus, Assistant to the City Manager Simon Andrew said.

Previously, Andrew said, the city addressed this problem by limiting the number of tenants in a single-family home to three unrelated occupants. After a state law passed in 2017 that prohibited this, the city turned to rental caps.

Andrew said too many rental properties in a neighborhood can lead to problems with parking, and the water and sewer mains are not set up to support several occupants in every house in a neighborhood.

“Those neighborhoods are not built for the density that could be achieved without any sort of regulation,” Andrew said.

Opponents of the bill say it takes local control from cities, and it would prevent cities with universities from addressing their unique needs.

In a Senate debate on March 11, when the Senate passed the bill 35-11, Sen. Joe Bolkcom, D-Iowa City, argued against the bill, asserting that it would hurt Iowa City.

He said the city uses rental caps to strike a balance between student housing and family housing. He also said the bill extends state control and takes control from local communities.

Proponents of the bill say it protects individual property rights and prevents loss of property value. Sen. Jake Chapman, R-Adel, said a property owner in Ames told him a property lost more than $20,000 in value after a moratorium on rentals was enacted.

“This is about private-property rights,” Chapman said. “It prevents cities from diminishing the property value by implementing rental property caps in certain communities.”

If the bill passes, Andrew said, the city would have to come up with a different method of preventing overcrowding, which he fears will not be as effective.

“Each time one of these tools is taken away from us, the replacement is a little more complicated, a little more bureaucratic, and doesn’t hit the heart of the issue as well,” Andrew said.

Andrew said the city is working with real-estate agents and landlords to figure out a different solution if the bill passes.

One method they would consider is restricting rental caps to historic districts, areas that already have a number of regulations in place. Another possible solution Andrew suggested is an amendment to the bill that would allow rental caps around regent universities.

“Ideally, we can get the Legislature to hold off for a year while we have that conversation,” Andrew said. “If this passes now, we’ll be in the same boat we were in in 2017.”