Iowa loses Nicholas Baer, but aside from his departure, the roster remains in tact. 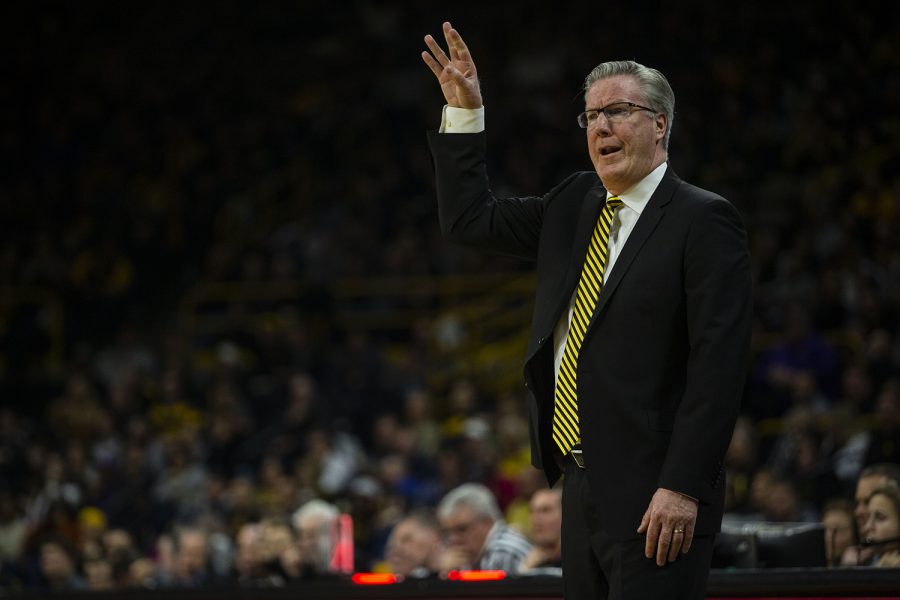 With the Iowa men’s basketball 2018-19 season coming to a close following an overtime loss to Tennessee, one question remains: What’s next for the Hawkeyes?

Iowa drastically improved from an abysmal previous season; the Hawkeyes finished with nine more wins this season, allowed nearly 5 fewer points per game, and went from 313th in opponent field-goal percentage to 75th. Iowa’s 23 wins rank as the second-most in a single season under head coach Fran McCaffery as well.

Taking all that into consideration, The Daily Iowan takes a look at next season, forecasting how the Hawkeyes will take shape.

Nicholas Baer’s storied five-year Hawkeye career is over — the senior graduates with 791 career points, 578 rebounds, 169 assists, 132 steals, and 121 blocks in his 129 games in a Hawkeye uniform.

Baer’s departure leaves Iowa with a hole to fill on the bench — a spark plug. Against Pittsburgh this season, Baer’s role was in full effect, and he single-handedly kept the Hawkeyes ahead in the Big Ten/ACC Challenge.

So, look to Ryan Kriener to fill that void of a plug-and-play guy off the bench. He showed earlier this season just how effective he can be in a big game (15 points and 10 rebounds in Iowa’s upset win over Michigan on Feb. 1), and his shooting jumped to 33 percent from 3-point range.

Essentially everyone. Besides Baer, Iowa returns its entire starting lineup and its bench rotation (questions surround whether Tyler Cook will return for a final season with the Hawkeyes, but for now, let’s assume he stays).

Iowa’s current starting lineup rounds out like this: Jordan Bohannon, Isaiah Moss, Joe Wieskamp, Cook, and Luka Garza.  In a season in which the starting lineup never fluctuated except for injuries here and there, the group averaged 59.9 points per game. Each of those starters proved at one point or another this past season that he can carry the team if need be.

The Hawkeyes bring in two top recruits for next season: Patrick McCaffery and Joe Toussaint.

While McCaffery adds scoring to the roster, Toussaint brings a different aspect: a facilitating, slashing guard.

A point guard from the Bronx, Toussaint gives Iowa another primary ball handler who can alleviate pressure from Bohannon, freeing him up to play off the ball more.

On top of that, the Hawkeyes “add” forwards Cordell Pemsl and Jack Nunge and guard C.J. Fredrick. Pemsl played in just two games this season before having season-ending surgery, and Nunge and Fredrick redshirted before the season began.

Pemsl brings back a high-percentage shooter inside for Iowa — he has shot 59.8 percent from the field in his career — and Nunge reportedly brought his weight up to 250 pounds, which is a 25-pound increase over his freshman season.

Fredrick hasn’t suited up once for the Hawkeyes, but adds another shooting element to the Hawkeyes. In his senior year of high school, he broke the single-season record for 3-pointers made (107).

Nothing’s set in stone, and lineups change frequently, but as of now, here’s what a 12-man rotation might look like: