The NCAA Tournament field is set, and Iowa heads to Columbus, Ohio. 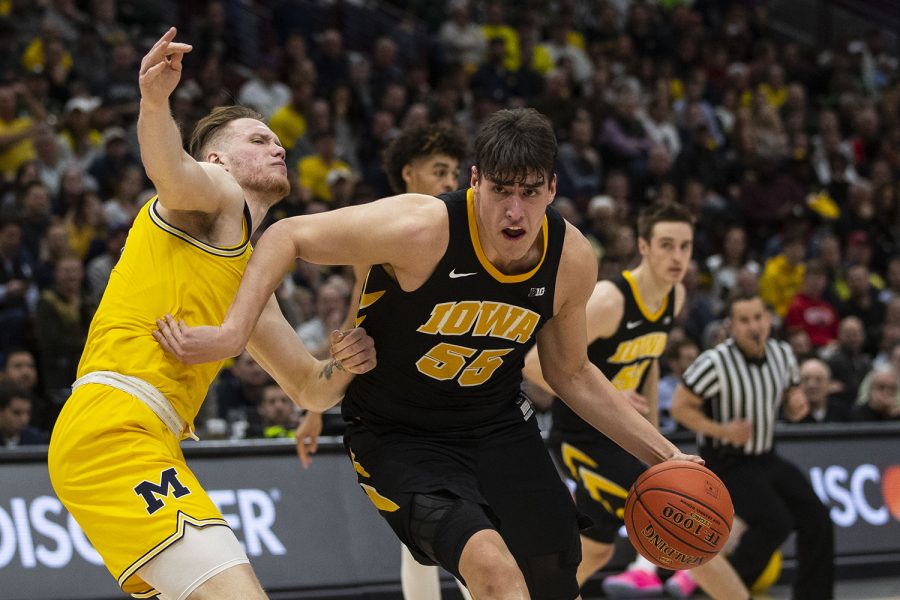 Iowa forward Luka Garza drives to the basket during the Iowa/Michigan Big Ten Tournament men's basketball game in the United Center in Chicago on Friday, March 15, 2019. The Wolverines defeated the Hawkeyes, 74-53.

On Sunday, Iowa drew a 10 seed in the NCAA Tournament. Heading to Columbus, Ohio, the Hawkeyes will take on the 7-seed Cincinnati Bearcats.

The Hawkeyes are coming off a 1-1 stretch in the Big Ten Tournament, losing their second game to conference-champion Michigan on March 16.

The Bearcats, however, enter March Madness having won the AAC title, taking down Houston, 69-57. Cincinnati is led by guard Jarron Cumberland, who averages 18.4 points per game on 40.1 percent shooting, 4.4 rebounds, 3.7 assists, and 1.2 steals.