Megan Gustafson is the best player in women’s college basketball, and her statistics back that up. But some in the national media can't seem to figure it out. 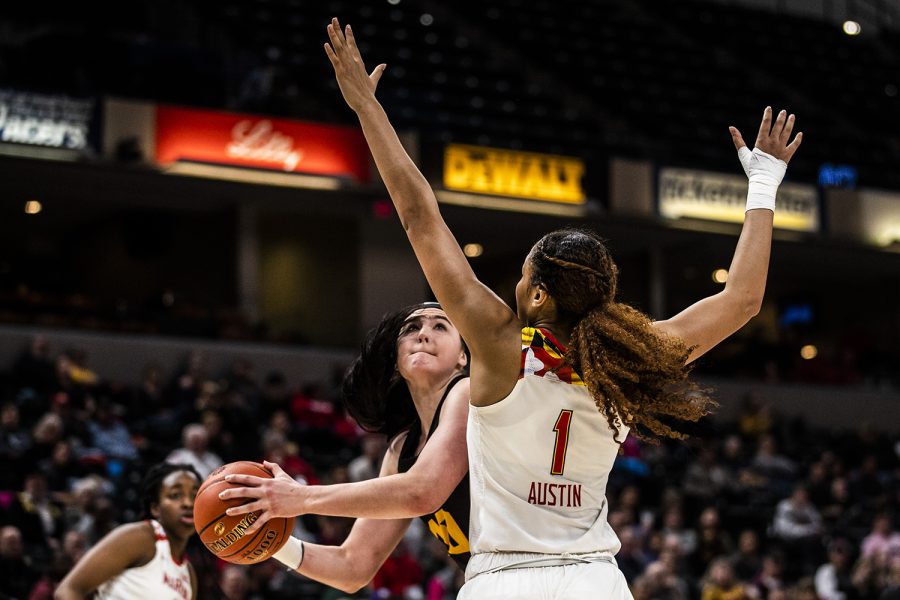 Megan Gustafson is the best player in women’s college basketball. The national media are screwing up their coverage of the Big Ten’s Player of the Year, but they still have time to fix their mistakes.

On Feb. 15, the official NCAA Women’s Basketball account thought it was doing women’s fans a favor on Twitter by introducing them to the nation’s points leader, referring to Gustafson as a “rising star” in college basketball. This was the night after a 31-point and 17-rebound performance in Iowa’s win over Illinois.

There’s a rising star in #ncaaW and @IowaWBB.
Her name? Megan Gustafson ?https://t.co/H17IS6ov1C

On Sunday, another account on Twitter – this time ESPNW, which is supposed to advocate for the best female athletes in the country –– mistakenly referred to Gustafson as “Mary” in a deleted Tweet.

The Naismith Trophy announces its Player of the Year in April, so it’s a bad time for these accounts to be botching their coverage of the best player in the country. As a direct result of these malfeasances, Hawkeye fans started a #VoteGustafson movement to get the senior the attention she deserves. But she shouldn’t need a hashtag to get national pundits to vote for her; they should just do it.

Her stats tell the story. Gustafson leads the country in points per game (28.0) and field-goal percentage (70.3). She’s third in rebounds nationally with 13.4 per game. These numbers are slightly better than last season’s when she put up 25.7 points per game and was 67.1 percent from the field. She’s hardly a “rising star.”

It’s true that Iowa isn’t a traditional basketball powerhouse, but it’s not as though Gustafson plays for the University of Phoenix. The program has appeared in the NCAA Tournament 14 times in the last 18 years, and last weekend marked its third conference tournament championship even though the tourney has only existed since 1995.

What else could it be? Gustafson is known by her coaches and teammates as a quiet and humble player. She deflects all questions about her accolades to the success of her team and was visibly embarrassed last weekend to be awarded Most Outstanding Player, minutes after a 45-point performance in the Big Ten title game. Perhaps this attitude won’t get many clicks and isn’t interesting enough for our high-volume media intake and short attention spans.

But basketball analysts and voters of this year’s Naismith Trophy still have a chance to fix the problem.

The trophy is announced in April and is decided by former winners, former coaches, journalists, and others.

The semifinalists have been announced, and Gustafson is on the list. Among the front-runners are California’s Kristine Anigwe and Notre Dame’s Arike Ogunbowale.

Anigwe gets a lot of media attention because she leads the country in double-doubles, even putting up a 32-30 game just last month. She’s a machine, to be sure.

Ogunbowale, who scored two buzzer-beaters to get Notre Dame a national championship last year, has an affinity for scoring but only scores about 21 per game to Gustafson’s 28.

The players on the list are all outstanding and hard-working. The point is not to take away from their accomplishments, but Gustafson’s numbers should be held in awe because of their seeming impossibility.

Some national analysts, such as ESPN commentator LaChina Robinson, have begun to realize what they are witnessing. Robinson said she’s “reconsidering” her vote after Gustafson posted the third 40-point game in the history of the Big Ten Tournament (Gustafson has had two of them).

There’s still time for the rest of the media and voters to give Gustafson her much-deserved respect.