A bill to change the judge selection process passed the Iowa Senate along party lines Tuesday. 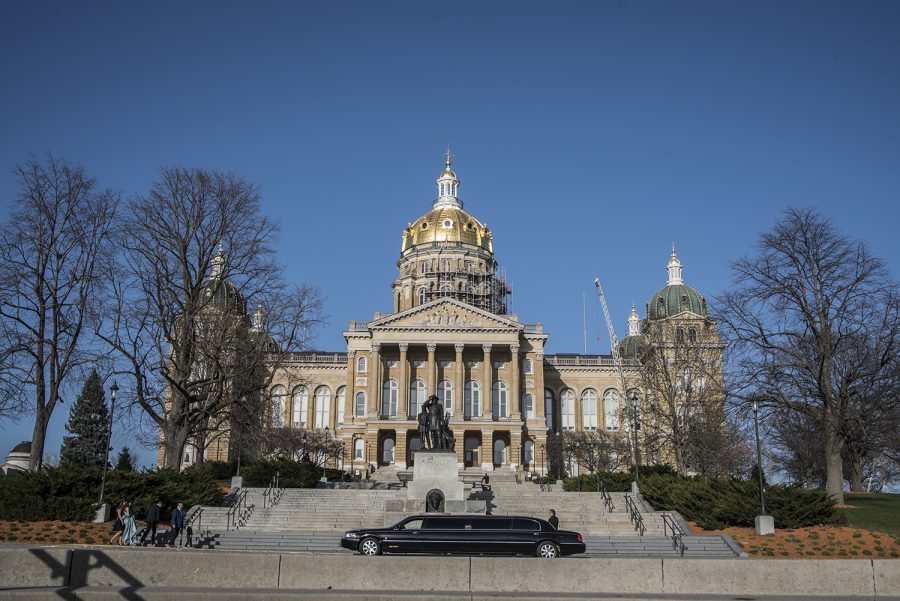 The Capitol building in Des Moines is pictured on Saturday, April 29, 2018.

The Iowa Senate passed a proposal Tuesday to change the processes of the judicial nominating commission for Iowa supreme court justices, which would reduce the power of attorneys in favor of legislative leaders.

If the bill continues to advance, lawmakers and the governor would assume the responsibility of choosing members of the judicial nominating commission, which nominates supreme court candidates to the governor.

Under the bill, majority and minority legislative leaders would take on the role of choosing commission members instead of Iowa attorneys.

The bill passed 32-17 along party lines. All Senate Republicans supported the initiative while all Democrats opposed.

Sen. Julian Garrett, R-Warren, said on the Senate floor that he doesn’t think it’s a Democratic vs. Republican issue. He hopes judges will be selected who follow the constitution more strictly.

“The issue is that judges are supposed to apply the constitution and laws as written. They are supposed to set aside their own personal points of view. Unfortunately, not all of them do.

Sen. Joe Bolkcom, D-Iowa City, said the issue of changing the court-selection process came up as a result of supreme court decisions that Republicans disagree with, such as the decision to legalize same-sex marriage in 2009.

“For a very long time Iowa has had a fair merit-based process for selecting judges, and it has resulted in one of the best justice systems in the country — a model in fact for how justice should be delivered — based on the experience, qualification, temperament of our judges,” he said. “I ask today what problem, Sen. Garrett and members of the Republican caucus, is this bill trying to solve?”

In a press release Tuesday, Gov. Reynolds said the vote is a step forward to creating a more representational judicial-nominating process.

“While the current process was created with good intentions, it’s now filled with backroom politics that leaves the vast majority of Iowans in the dark,” Reynolds said in the press release. “Our new system will allow the people of Iowa to have a greater voice in selecting judges while also keeping in place the best parts of our judicial selection process.”

“Majorities of Democrats, Republicans, and independents are in favor of keeping the system in place and only 33 percent of Iowans favor changing the way we nominate judges in the state of Iowans,” he said.