Iowa’s loss to Nebraska handed Iowa its 10th conference loss of the season, putting the Hawkeyes at 10-10. 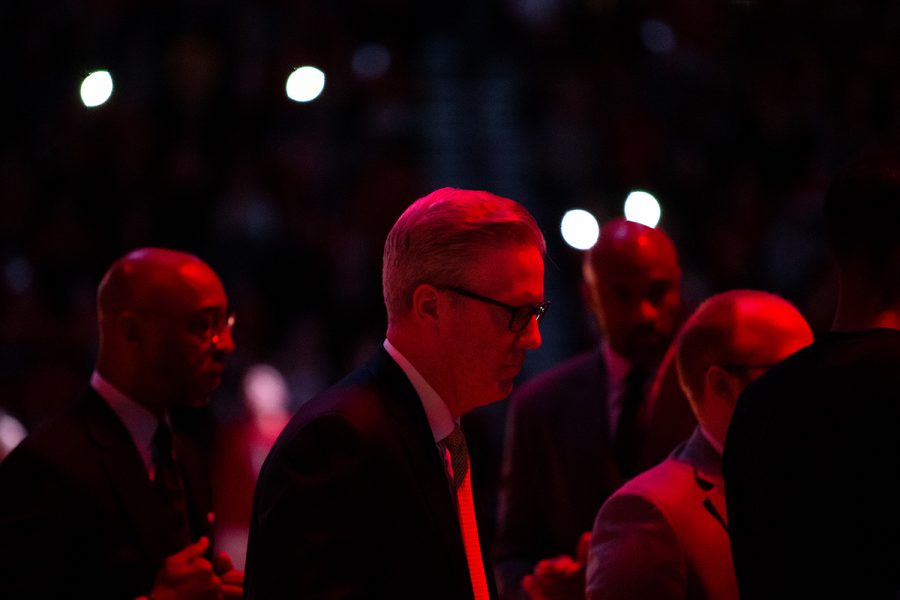 Iowa Head Coach Fran McCaffery during a mens basketball game between the Iowa Hawkeyes and the Nebraska Huskers at Pinnacle Bank Arena on Sunday, March 10, 2019. The Hawkeyes fell in overtime to the Huskers, 93-91.

This season, after dropping five of their final six contests, the Hawkeyes concluded the regular season with a 10-10 mark in the Big Ten.

Two of the final three losses came against teams below .500.

“It’s an improvement, but we felt like it should have been a lot better,” Tyler Cook said. “It’s a tough league, very tough league, full of very great teams. We can’t really come into it expecting to beat everybody because it’s such a great conference. At the same time, you expect yourself to play to the best to your ability, and we’ve failed to do that a number of times. We ran into some really good teams… and that’s the fun part about playing in this conference. You’ve got a dog fight on your hands every day. I think [Sunday] was a great example of that.”