Iowa posted its worst offensive performance of the season in a 20-point loss to Wisconsin on Thursday. 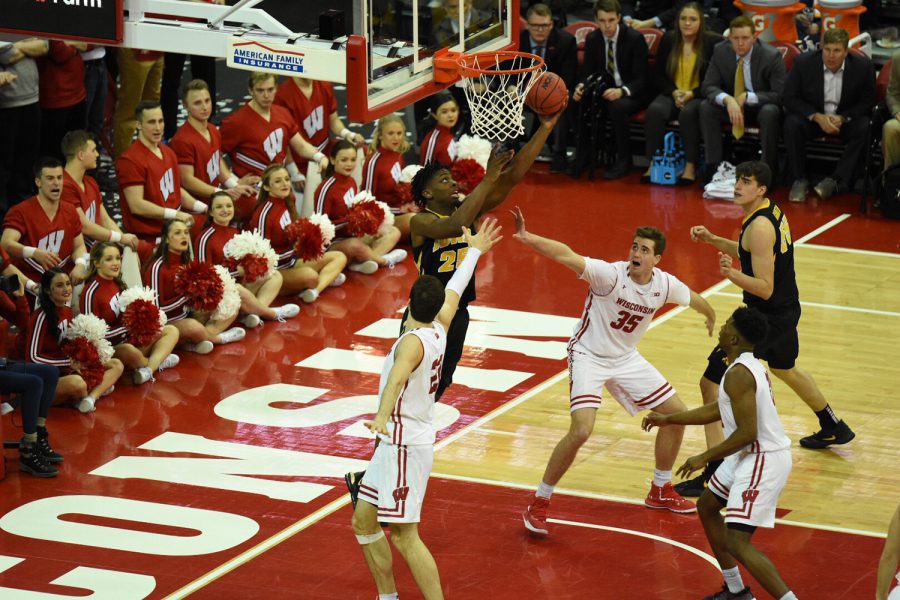 Iowa’s offense has disappeared at the wrong time.

With just one game remaining in the regular season, it’s nowhere to be found, as evidenced by a 65-45 slaughtering at the hands of Wisconsin in Madison on Thursday.

The Hawkeyes shot a season-low 30.5 percent from the field, including a 22.7 percent mark from 3-point range in the big loss, leading to their third defeat in a row, Iowa’s longest losing streak of the season.

Iowa typically has a potent offense, ranking second in the Big Ten with 79.7 points per game. That wasn’t the case at the Kohl Center.

Iowa’s lack of offensive firepower started with its best players. No Hawkeye scored more than 8 points as Iowa failed to reach the 50-point mark for the first time since losing to Virginia, 74-41, on Nov. 25, 2016.

Jordan Bohannon and Ryan Kriener led the team with 8 points. Tyler Cook, Iowa’s leading scorer with 15.8 points per game, failed to score and racked up his fourth foul with 11:32 left in the second half. Joe Wieskamp and Luka Garza combined for 11.

The Hawkeyes have had a problem knocking down open shots as of late. Iowa has found decent shots in its two most recent losses but hasn’t connected.

Wisconsin out-rebounded Iowa, 49-29, and hauled in 15 offensive boards that it cashed in for 23 second-chance points.

It took Ethan Happ more than five minutes to get on the board with two free throws, but the Badger big man still made the most of his Senior Night.

Iowa closed out head coach Fran McCaffery’s two-game suspension with double-digit losses in both contests. The Hawkeyes have one chance against Nebraska on March 10 to get back on track before heading to Chicago for the Big Ten Tournament.

The way the Hawkeyes have played in their last three games might mean a short stay in Chicago, but in the postseason, anything is possible.

Iowa can still secure a No. 6 seed in the Big Ten Tournament with a win over the Huskers on March 10. But if the Hawkeyes continue their skid against the Huskers, they can fall to a No. 7 seed if Minnesota beats Maryland in its season finale.

Luckily for Iowa, Nebraska could very well be a slump-buster, as it will enter the final game on a four-game losing streak.

But to pick up a win and head into the postseason with a smidge of momentum, the Hawkeyes need to improve their offense.