On March 3, the former Iowa running back passed away at age 25. 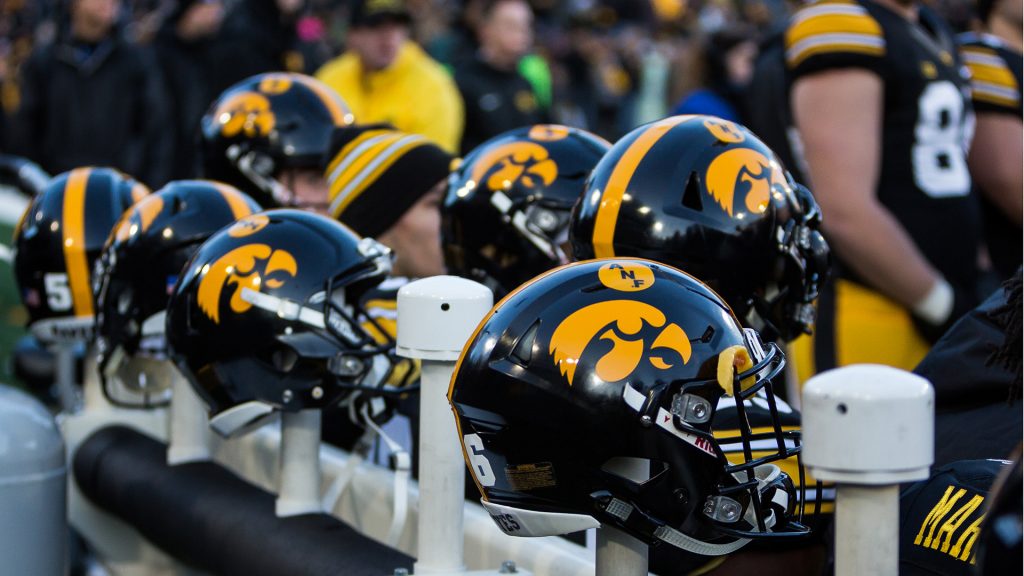 Iowa football helmets line the sidelines during a game against Purdue University on Saturday, Nov. 18, 2017. The Boilermakers defeated the Hawkeyes 24 to 15. (David Harmantas/The Daily Iowan)

Father Roscoe Handy said Bullock hit a light pole with his vehicle. While outside his car, Bullock was struck by another vehicle.

“He definitely lived this way. He was a dreamer and a doer,” his mother, Kimberly Handy, posted. “‘Dream as if you’ll live forever. Live as if you’ll die tomorrow.’ With tears streaming down my face as I create this post I regretfully have to say that we lost our son Damon to a terrible accident this morning. I will never be the same. I don’t know how or what to do. We appreciate every prayer, text, and phone call received. PLEASE PRAY FOR US! I don’t understand. You know OUR name Lord!! Please!!! I am heartbroken.”

He definitely lived this way. He was a dreamer and a doer. "Dream as if you'll live forever. Live as if you'll die…

Iowa head coach Kirk Ferentz released a statement on the evening of March 3.

“Our thoughts and prayers are with Damon’s parents, Kimberly and Roscoe, and the entire family,” Ferentz said in a release. “Damon’s tragic and unexpected death is a shock to all of us in the Iowa football program, as well as his former teammates. Damon was an outstanding young man, and we enjoyed him being a part of the Hawkeye football program.”

Former Hawkeyes took to Twitter on Sunday to express their heartbreak.

Rest Easy D Bull! I Love you man! Know you in Heaven smiling down! Can’t imagine my time at Iowa without you bro.. Your soul and good spirit will always live forever! ❤️? #RIP #5 pic.twitter.com/dIHPiyYYs8