If the Hawkeyes don't improve soon, March is going to be a disaster. 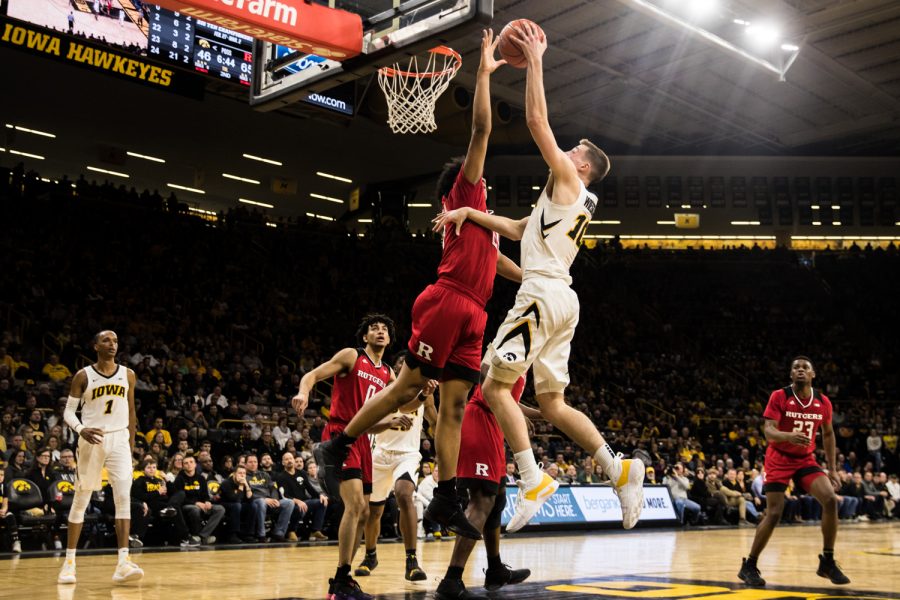 Iowa guard Joe Wieskamp drives to the rim during a men's basketball match between Iowa and Rutgers at Carver-Hawkeye Arena on Saturday, March 2, 2019. The Hawkeyes, celebrating senior night, fell to the Scarlet Knights, 86-72.

February is long gone and March is officially here. But it seems as if the Iowa basketball team doesn’t know that.

After an 86-72 loss to Rutgers at Carver-Hawkeye on Senior Day to close out the 2018-19 home slate, one thing is clear: this is not the team the Hawkeyes want to take into the postseason.

The team has recently lost its magic on offense, declined on defense, and failed to connect on open looks to narrow the deficit.

The fact of the matter is, this has been happening for a long time. With the way it had been playing, Iowa shouldn’t have needed buzzer-beaters to beat Northwestern at home and Rutgers on the road. A home loss to Maryland wasn’t a good sign. Overtime to beat an Indiana team that had lost eight of nine prior should not have been necessary.

But here we are, watching the Hawkeyes get slaughtered by 20 against Ohio State on the road and then coming out lackadaisical for another double-digit beat down at the hands of Rutgers on Saturday.

“It didn’t matter if it’s March or November – you’ve got to play the same way,” forward Tyler Cook said.

In each of the last two contests, Iowa let a player averaging single digits go off for at least 27. It was Justin Ahrens scoring 29 for the Buckeyes after averaging 2.1 points per game. On Saturday, it was Ron Harper Jr. dropping 27 after averaging 6.9.

And before both games, the play-by-play announcer became a bigger story than the actual team. That certainly didn’t happen to Michigan State or Michigan in late February, right before the final stretch of the regular season when teams should be focused on on-court happenings.

Iowa didn’t take care of business on the court, either. It’s hard for a team in the Big Ten to win games when it only shoots 36 percent from the floor, including 28 percent from 3-point range, against a squad with a season that is essentially over.

Of course, it’s probably a little more difficult to execute when the head coach is kicking back in his office to watch the game with the play-by-play announcer because of a two-game suspension.

If things continue to trend downward for Iowa, March will be a disaster.

There are some positives, though. Iowa has at least found ways to win. Those kinds of victories may not be pretty, but they can really help a team come tournament time. The Hawkeyes have proven to be stellar on offense and solid enough on the defensive end of the floor to do some damage. They haven’t shown it lately, but it’s somewhere in that locker room.

“We’re obviously disappointed in the outcome, but we feel good about who we are, where we are,” acting head coach Andrew Francis said. “I think these guys understand this is what we work for, to be in this position in this point of the year where all of our games are relevant.”

Iowa has hope and with players like Jordan Bohannon coming through at the end of games, anything can happen. Especially in March.

But for now, the Hawkeyes have some improvements to make. It might be next season before Iowa goes on a five-game winning streak again, but that doesn’t mean the Hawkeyes can’t make noise in the postseason. Before they can do that, however, there’s work to do.